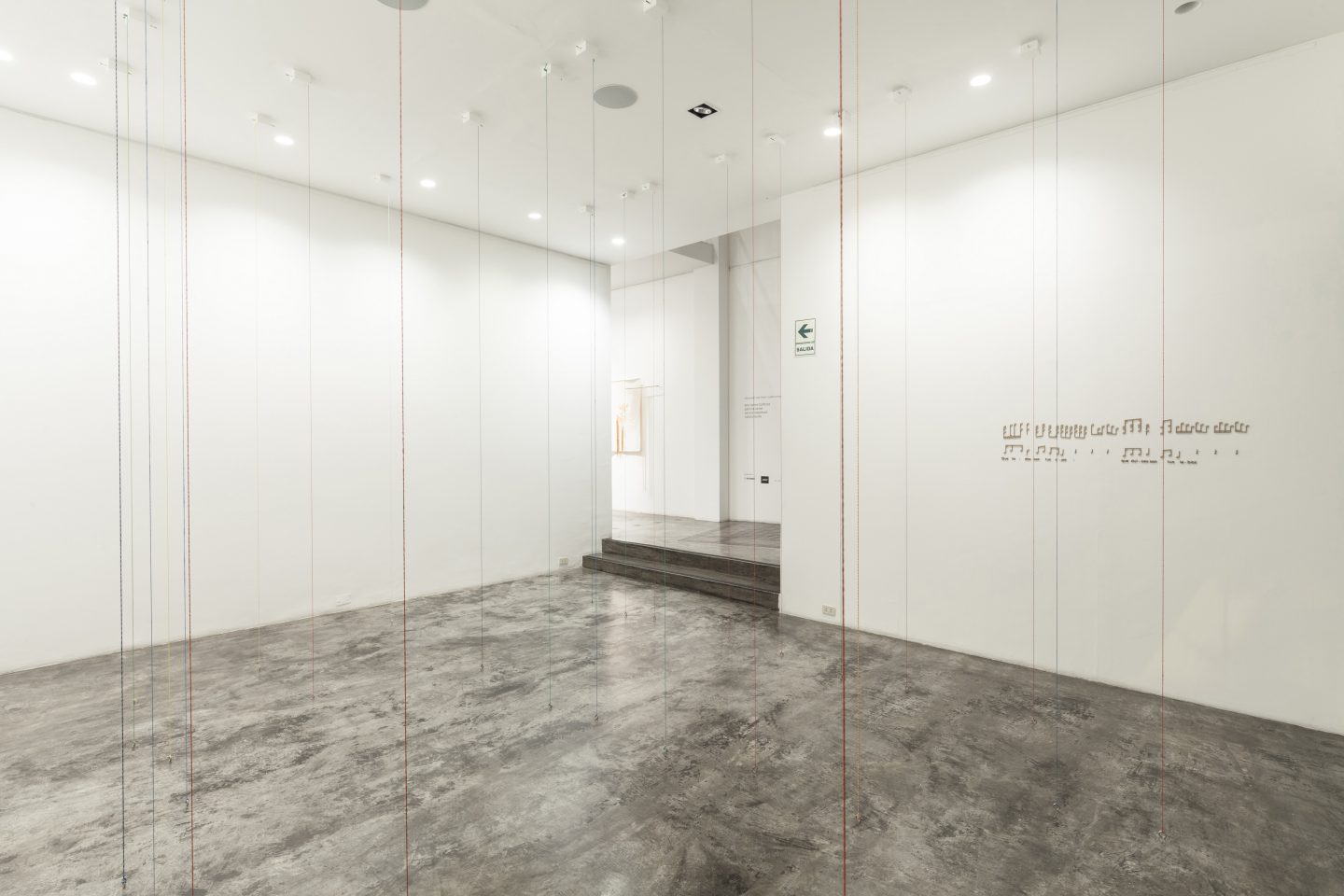 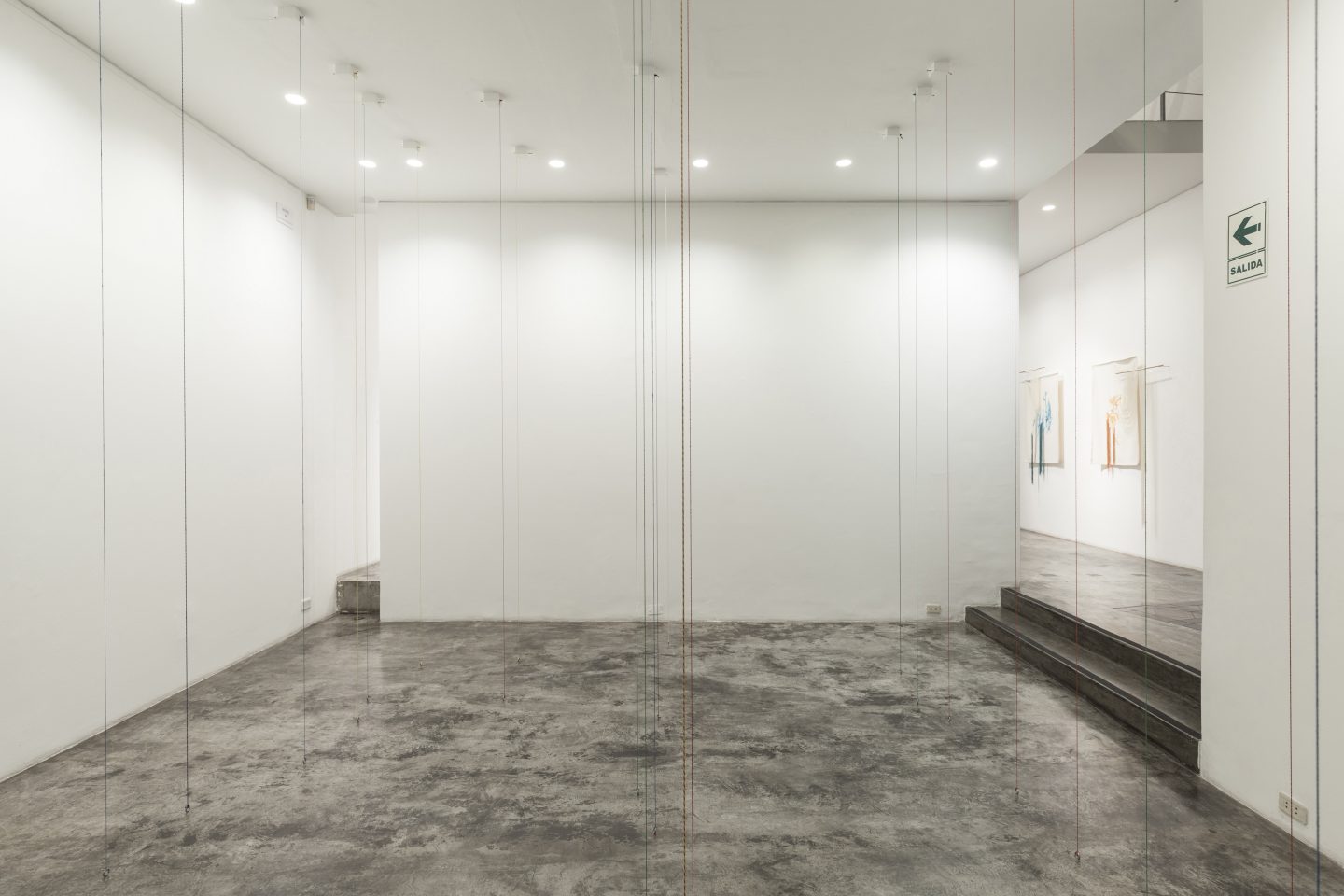 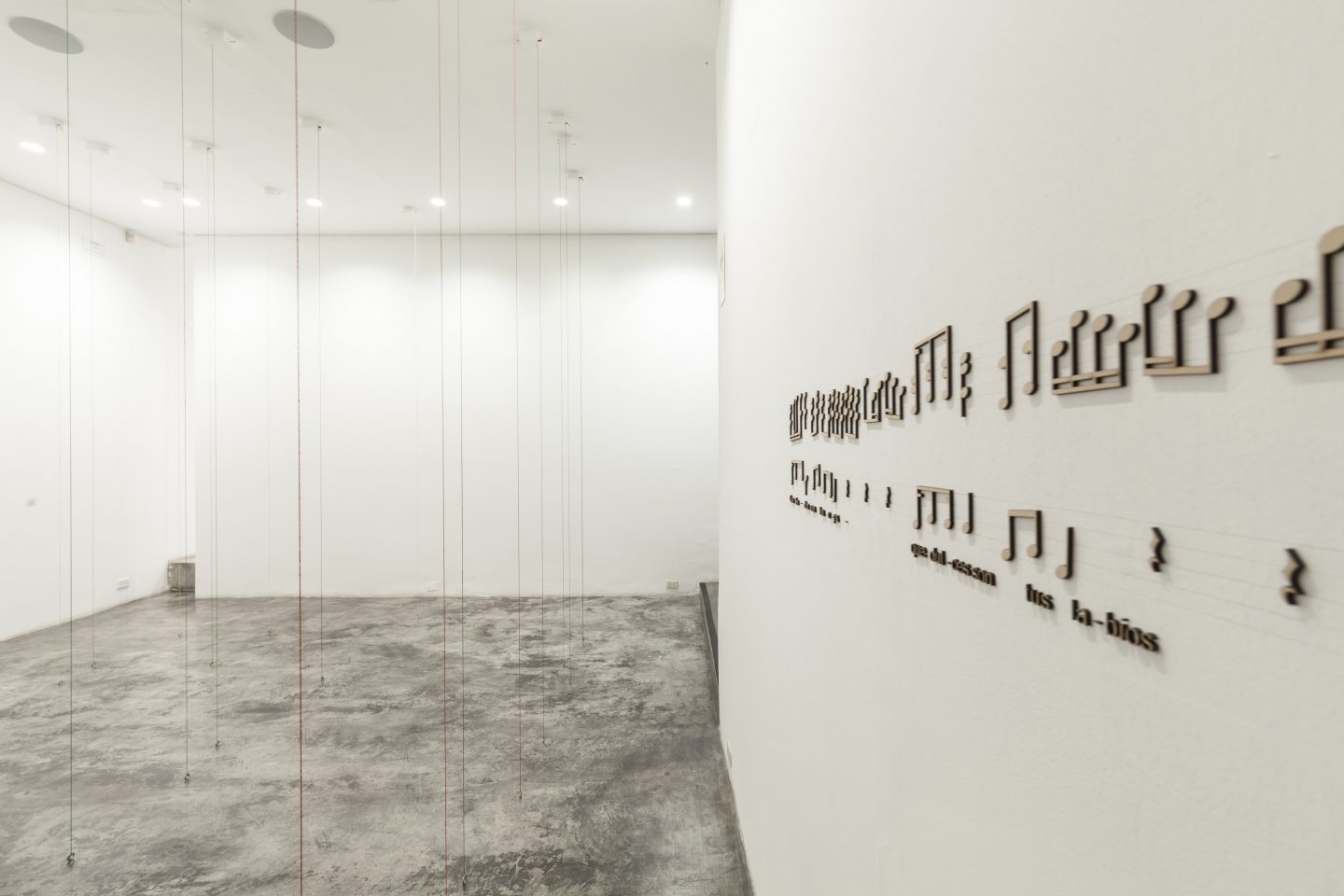 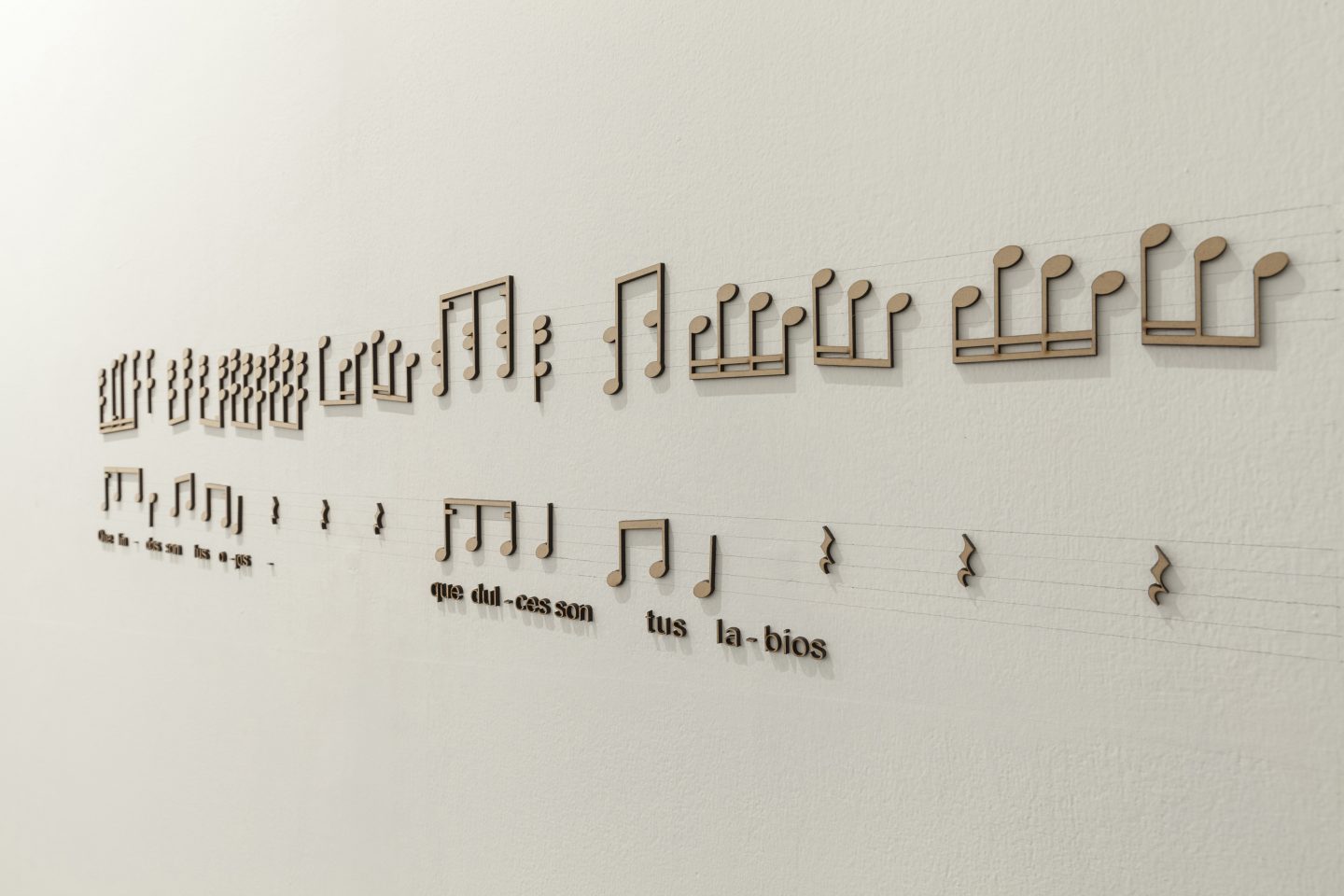 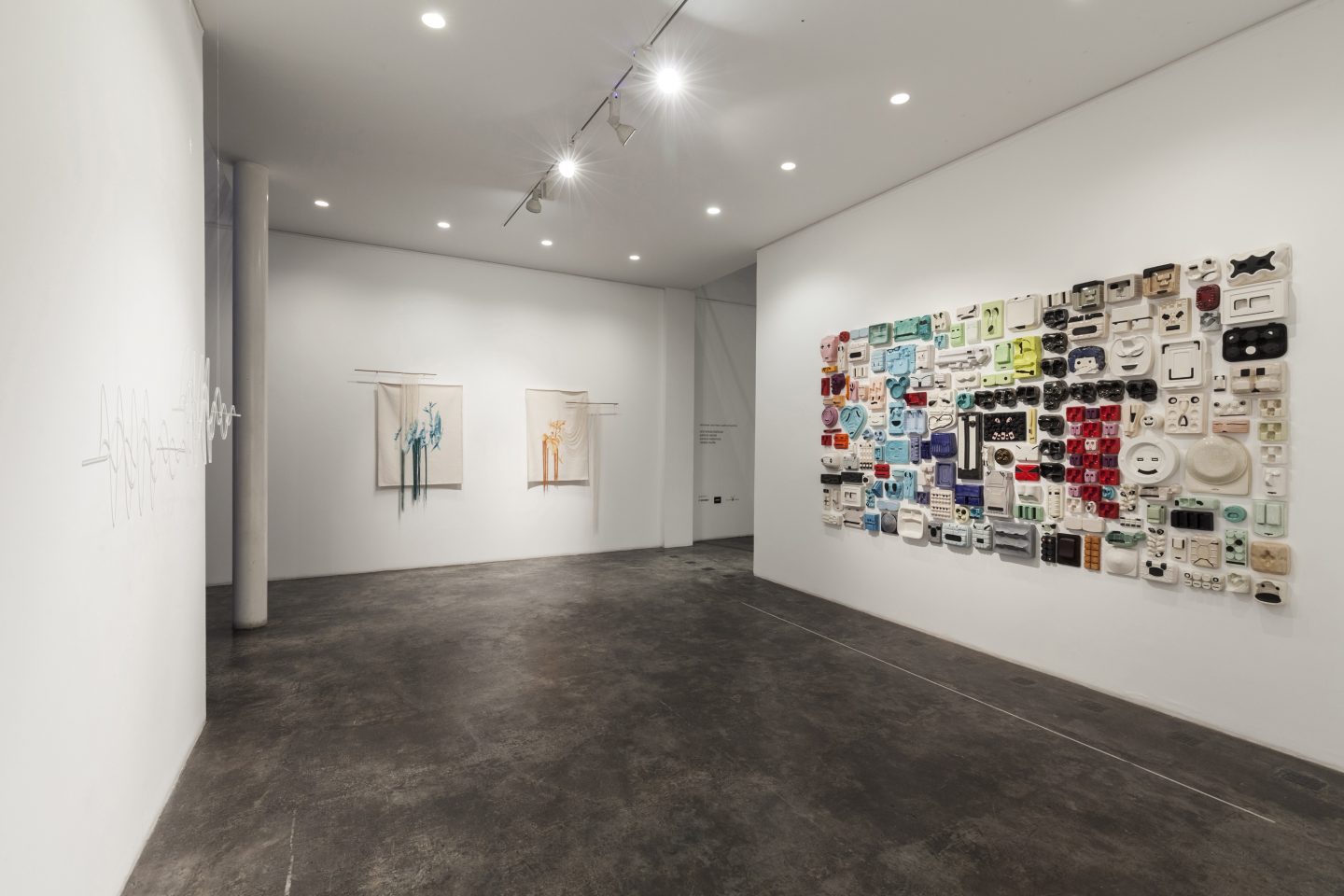 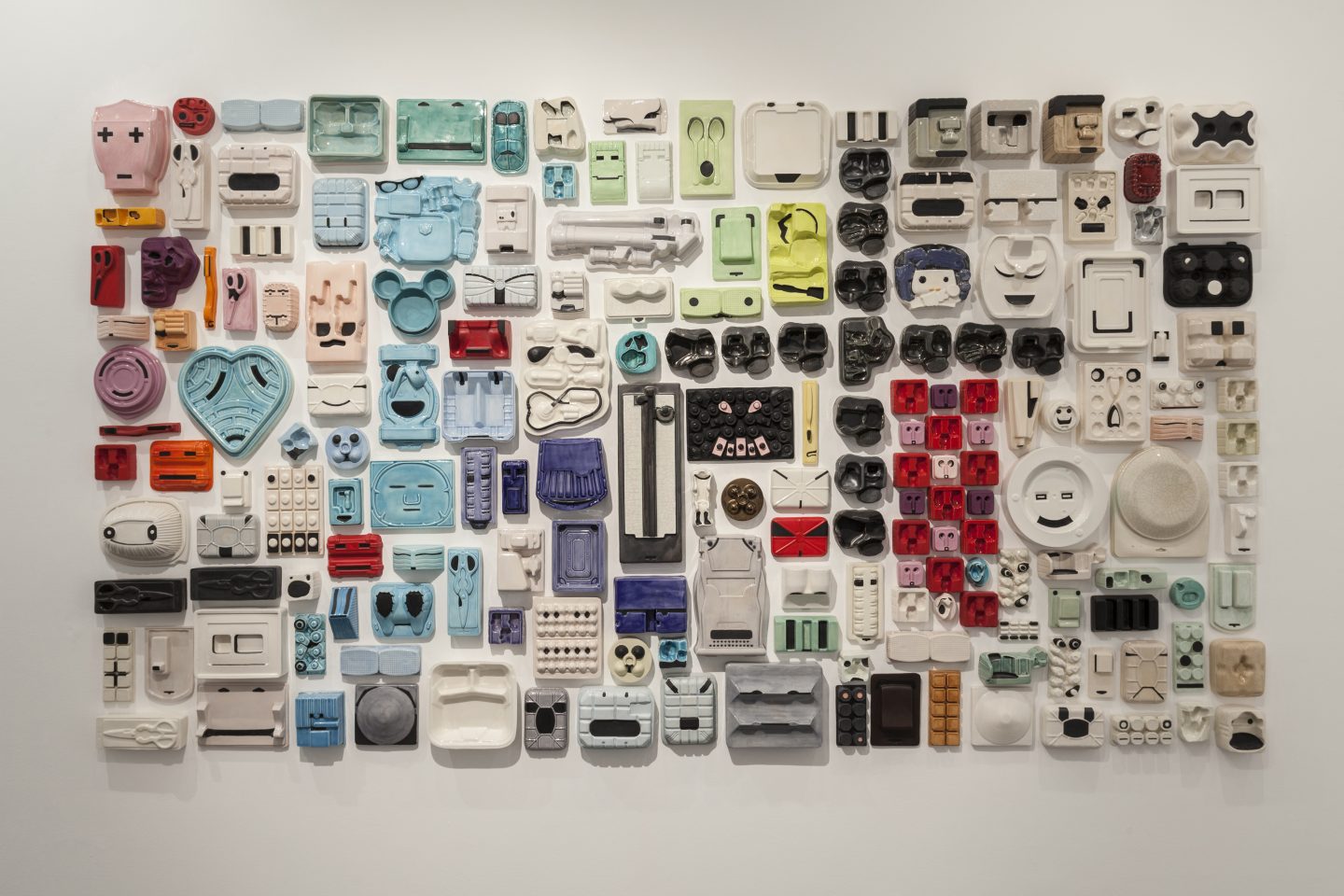 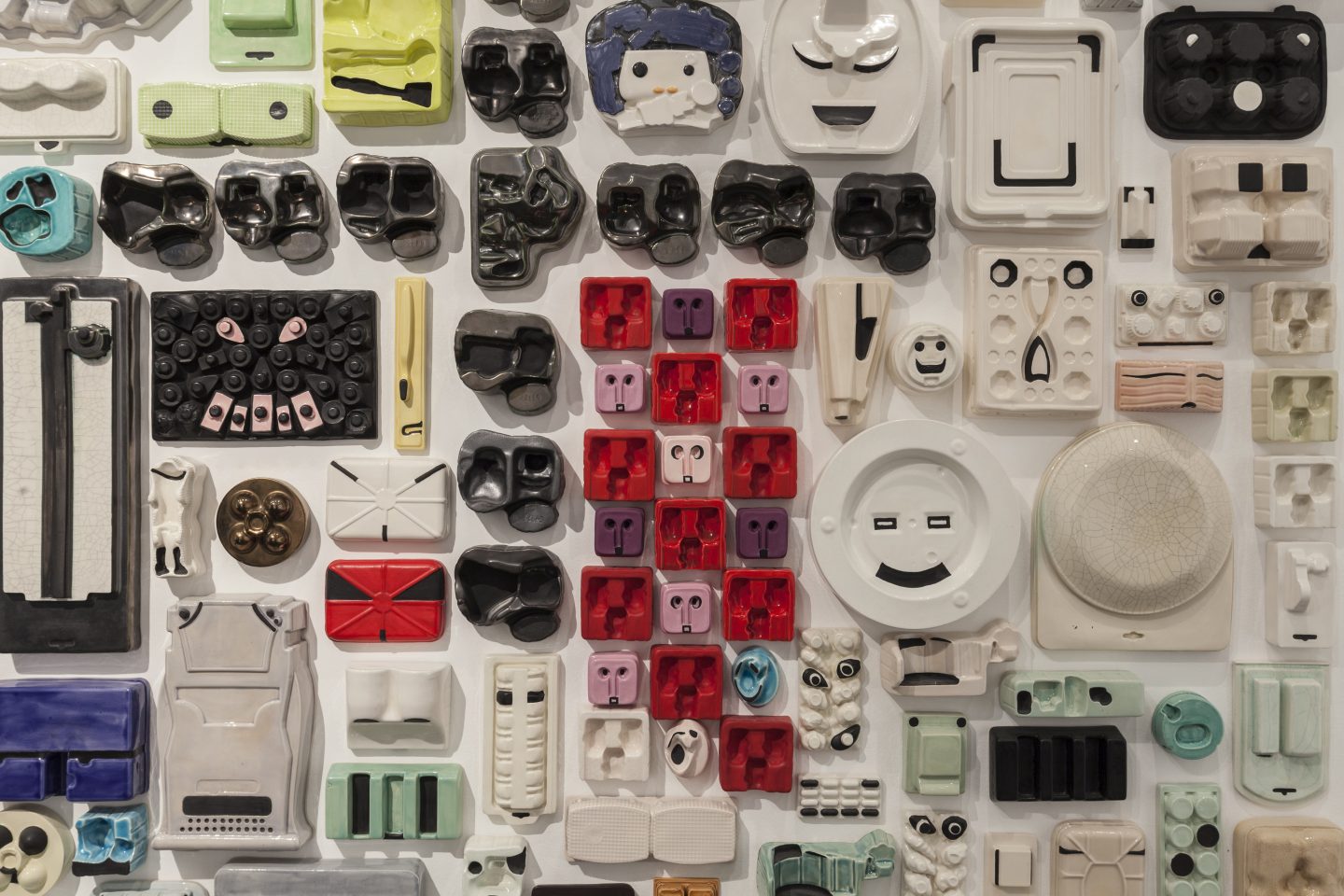 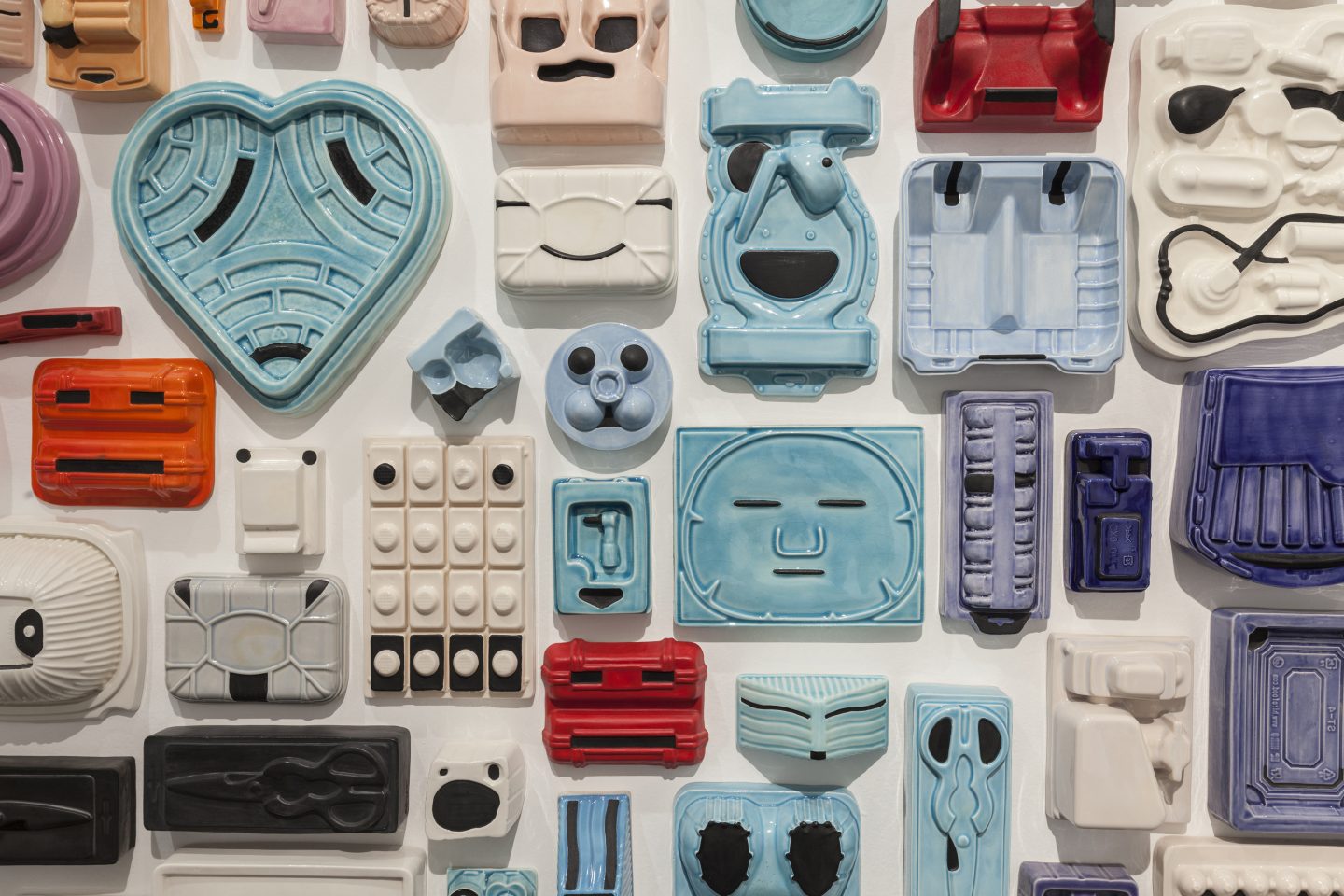 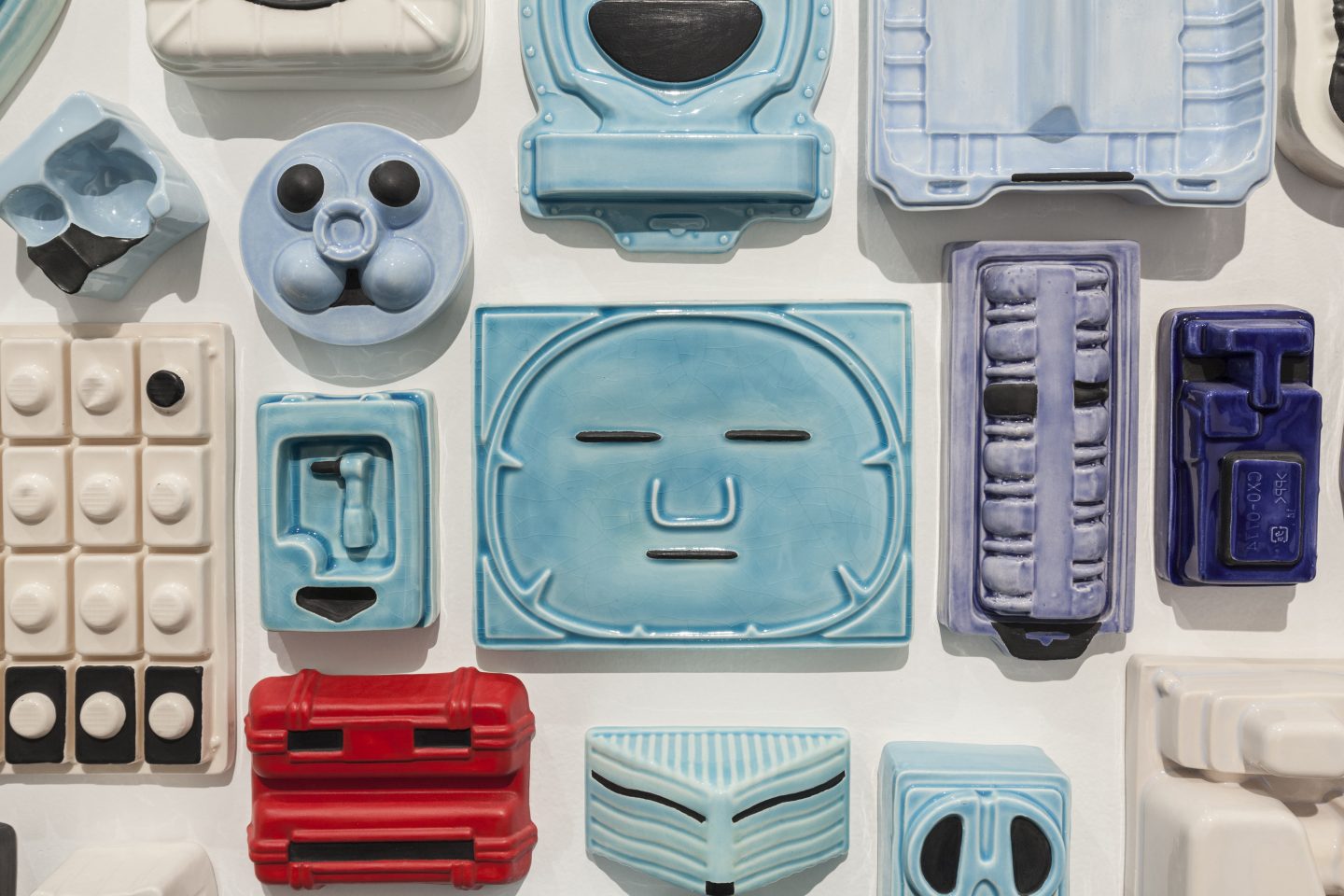 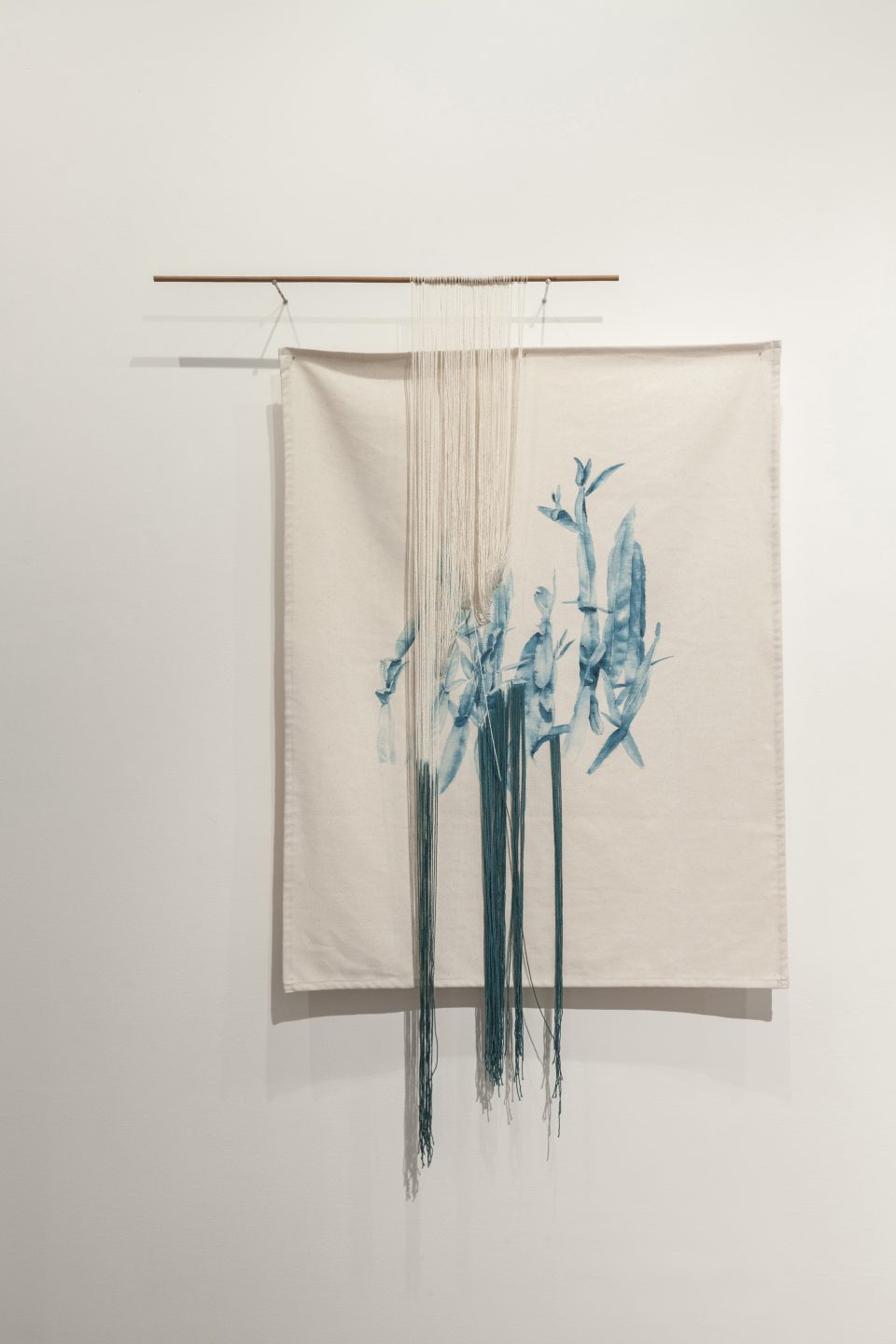 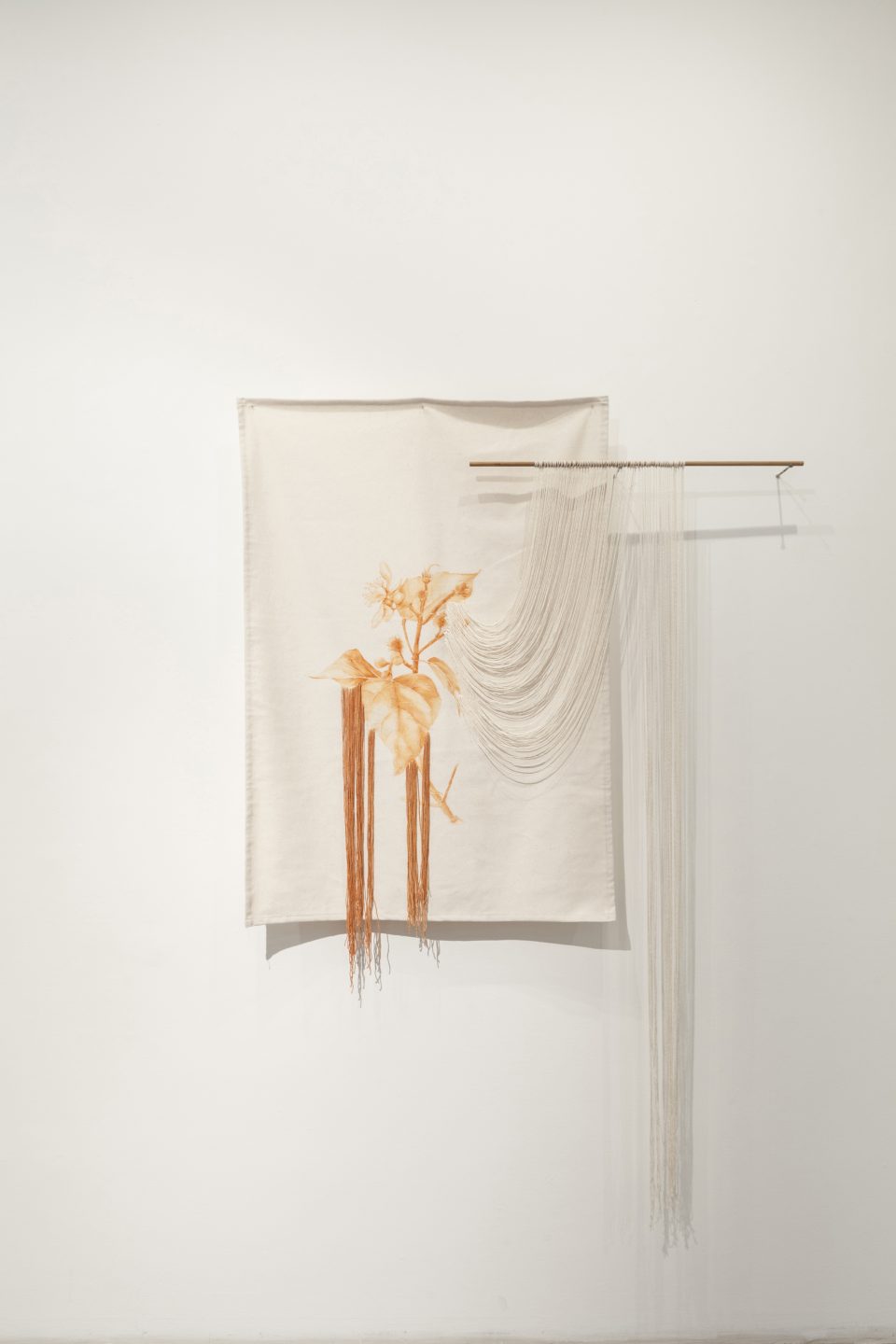 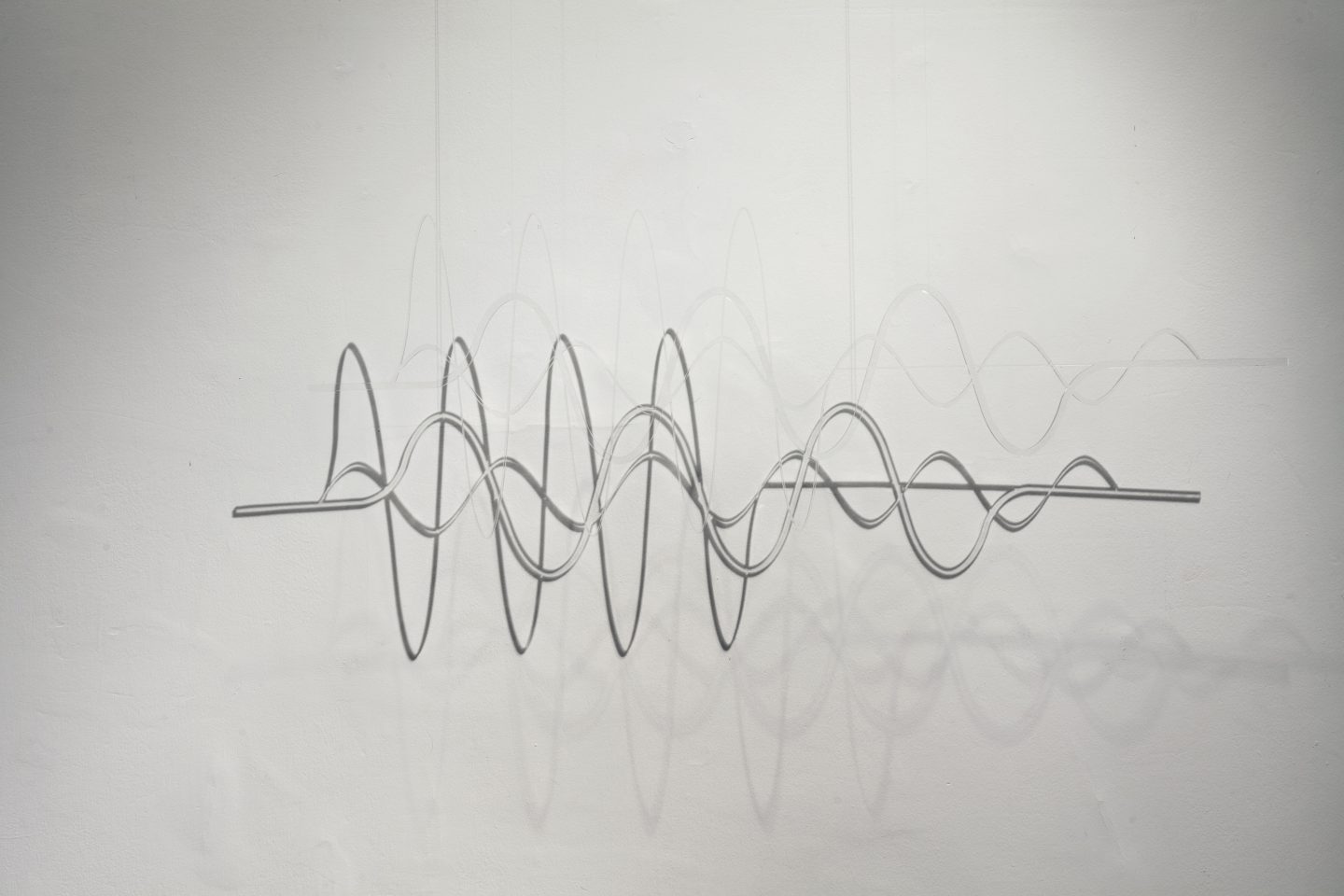 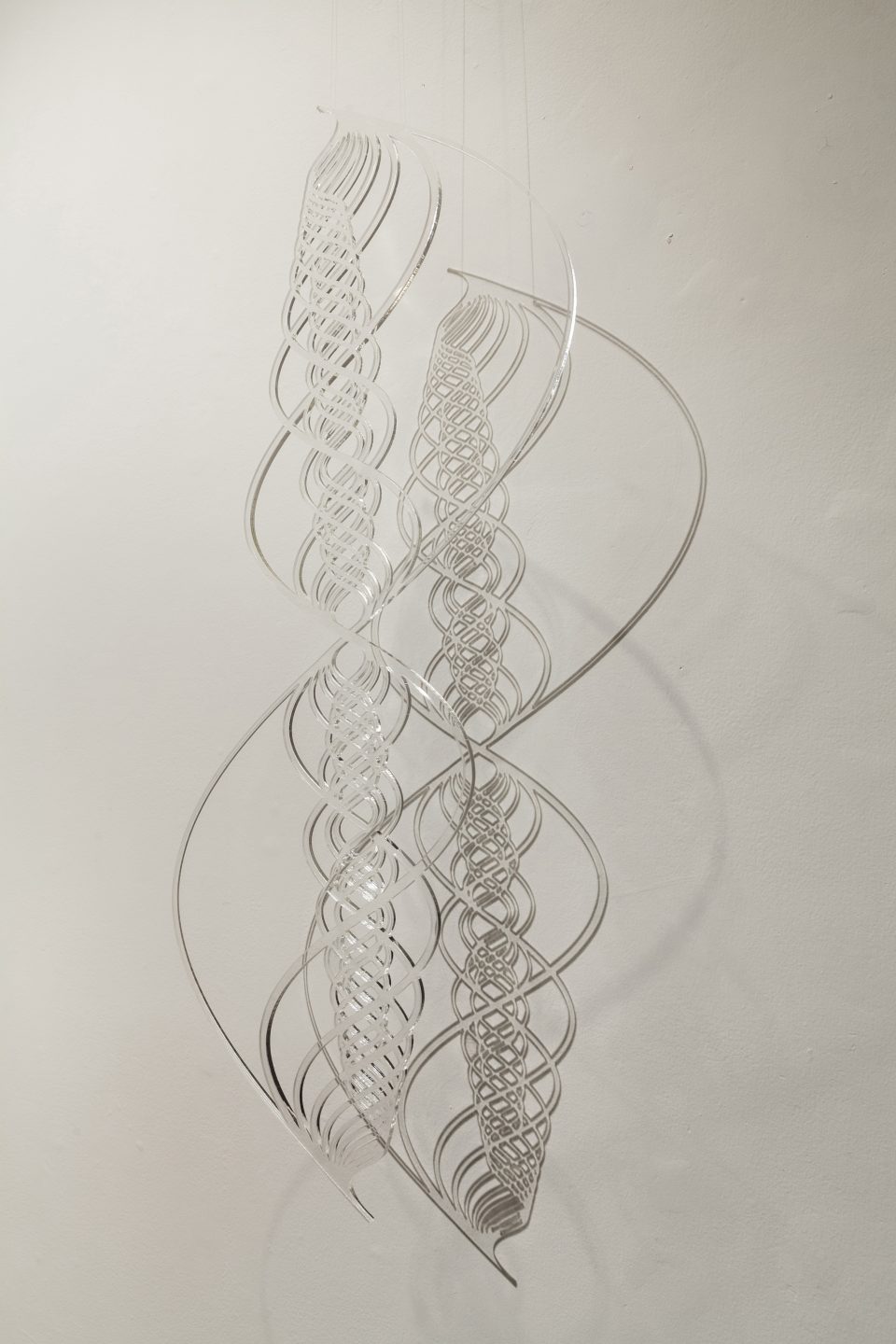 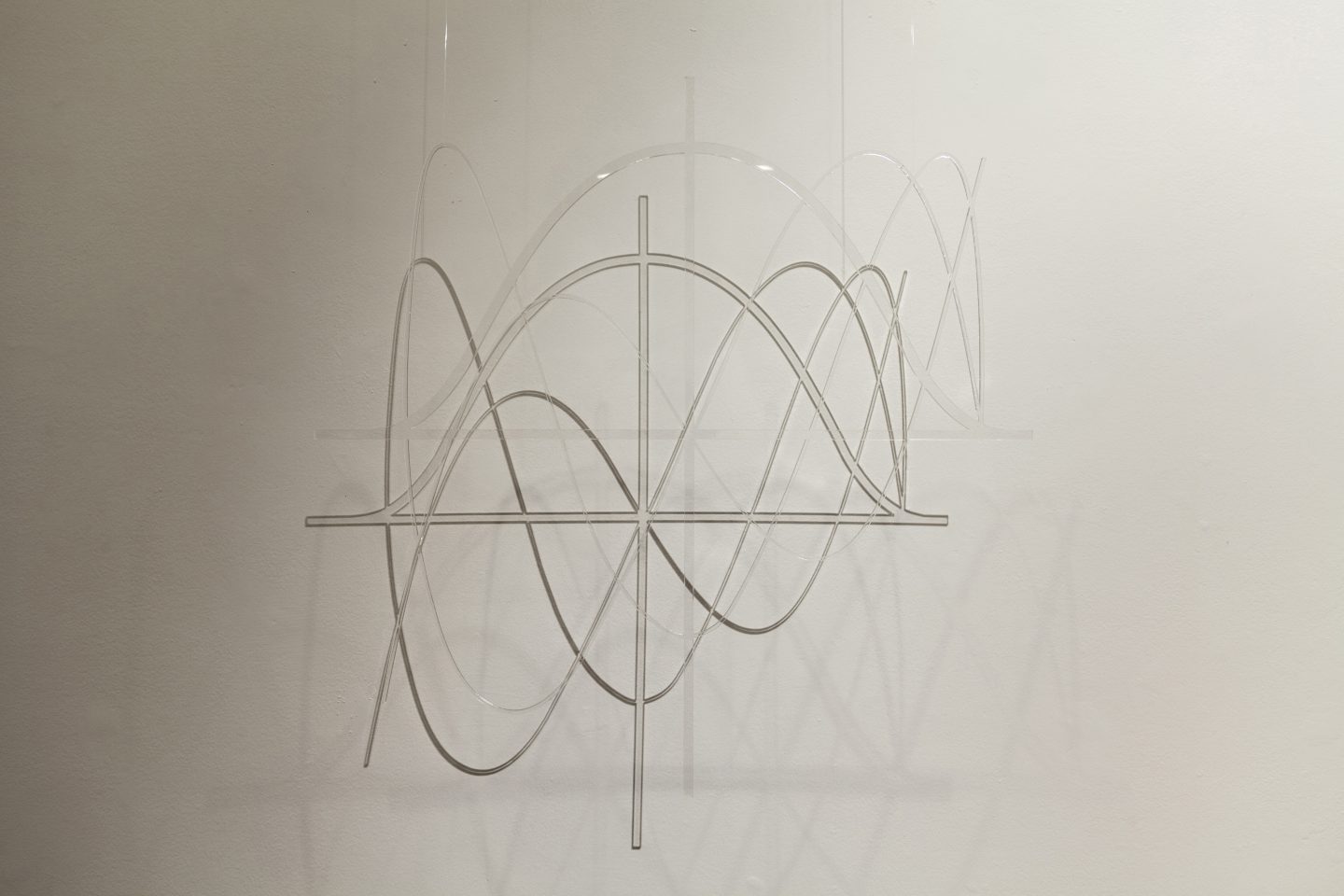 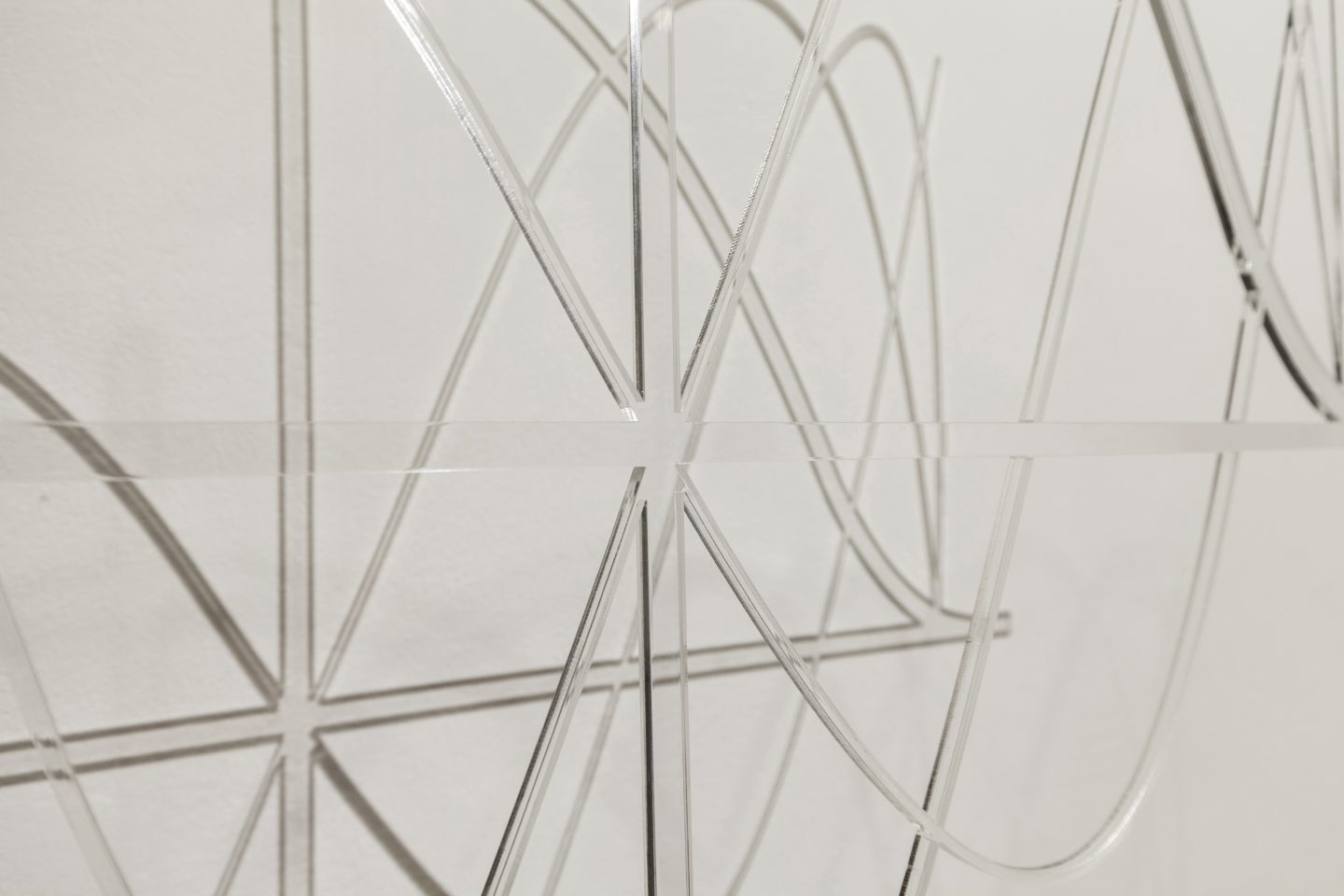 Moving from one place to another involves undertaking the possibility of relating to what might be dissimilar. It is to cross the line that separates what one considers his own in the direction of the unknown or what is not ours; it is about changing after the contact with another reality and adopting another form of subjectivation.

Following on with his personal investigations, four projects have been developed independently. The exhibition finds as a common point the forms of representation and conceptualization of the sense of crossing, which involves not only the explicit meaning of crossing, but also: displacement, transposition of the path, overcoming and transformation.

Sandra Nakamura. Que lindos son tus ojos. An electro-acoustic installation inspired by the emergence of huayno with harp as a music genre, strictly due to the massive migration of the last decades, and its influence in the popular culture of the city.

The installation seeks to actively link the viewer, generating a relationship between the experience of the tour, the interaction and the possibility of sound. Thus, it proposes from the destructuring of arpeggios in harp that compose the stanza of the song “Qué lindos son tus ojos”, a form of perception that is not necessary for the explicit recognition of the melody, but for the sound as an intelligible experience active, suspended in space and linked to our own movement and rhythm.

Ana Teresa Barboza. Inmersión. Bixa Orellana and Baccharis Genistelloides are the names of two own plants of America, both with coloring properties in their pigmentation. From there, an analogy is created between embroidery and nature, exploring the formal possibilities of landscape representation, weaving and transformation, opposing it to the void as a metaphor of a natural and organic order in the process of representing an image.

Patricia Camet. Random (800 ° to 1167 ° C). At present, mass consumption of mass-produced products has evidently become part of the collective imagination. From the reading of the elements consumed, one can enter into a form of personal subjectivity, articulated from the set of references to which they appeal. In this project, Camet appropriates the remains usually discarded, as a trace of the absence of the element consumed, interacting with the poetics of an inventory that demands a second look from aesthetics: color, contour and shape to allude to various imaginaries that They cross each other and appear in a synthesized and elemental way in space.

Natalia Revilla. Tener una voz nítida. The articulation of language and its expression through speech has, in addition to its meaning, an almost abstract phonetic form, open to a broad interpretation. Revilla, makes a selection of three Machiguengas words that refer to sound, to think from there on the possibility of relating translation and meaning; The sensitive side of the sound image as a metaphor that explores the transitions of that which has no seemingly perceptible physical form.

Atravesar una línea: cuatro proyectos, will be open to the public in Wu Gallery [Av. Sáenz Peña 129, Barranco] since Tuesday, April 18. The gallery’s opening hours are Monday through Friday from 10:30 am to 7:00 pm and Saturdays from 3:00 pm to 7:00 pm. For more information, please contact info@wugaleria.com

Studied Art at the University of California, San Diego and the Bauhaus University in Weimar, Germany. Nakamura has participated as an artist in residence at the Basque Centre-Museum of Contemporary Art [Spain], Pilot Projekt  Gropiusstadt [ Germany ], Community Museum Project [Hong Kong ] and Center for Contemporary Art Kitakyushu [Japan]. She has performed site-specific projects for 09 Open Center [Peru], the First Biennial of the Americas [US] and the XI Biennial of Cuenca [Ecuador].

Graduated from the Faculty of Arts at the Pontifical Catholic University of Peru. In 2010, she obtained the first prize in the second painting competition organized by the Banco Central de Reserva del Perú and in 2006  won the IX Concurso Pasaporte para un Artista, organized by the French Embassy in Lima.

She obtained M.A.E at the Rhode Island School of Design in the United States. She has made more than ten individual exhibitions, including London, Paris, Lyon, Belgium, Peru and others.  Her work is part of the collections of the Royal Museum of Art and History, Brabant, Belgium; Museum of Contemporary Art of the Greater University of San Marcos, Lima, Peru; Muséo de la Nación, Lima, Peru; A LOT. Muséo del Chocolate, DF, Mexico; MicroMuseo, Callao Monumental, Peru, etc.

Graduated with a degree in painting from the Pontificia Universidad Católica del Perú. She’s had individual exhibits in Lima and Buenos Aires and has taken part in several collective shows that took place in Lima, Barcelona, Chicago, Córdoba and Santiago de Chile. Her work can be found in the collections of the Tama University of Arts, Japan and in the Florean Museum, Romania.