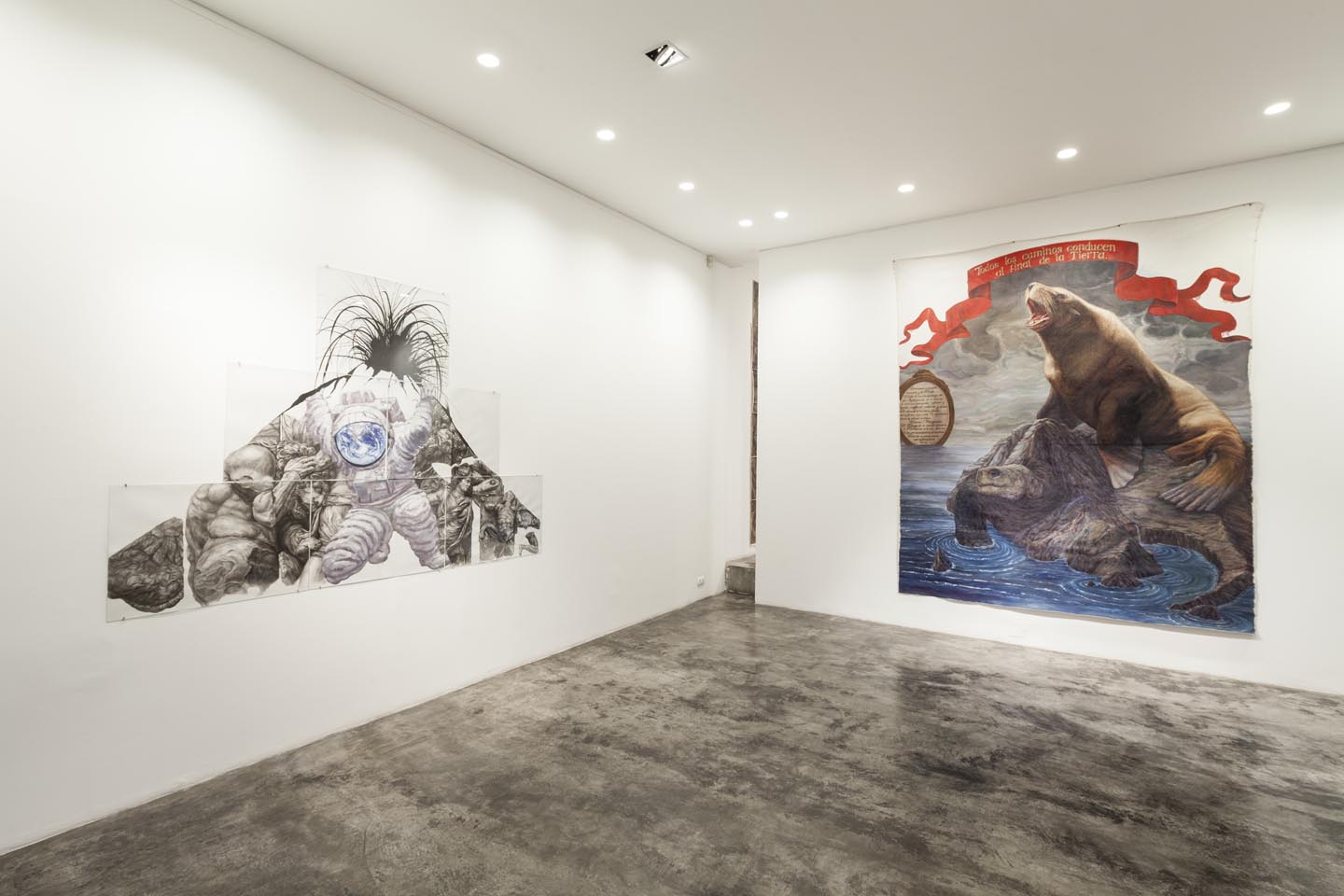 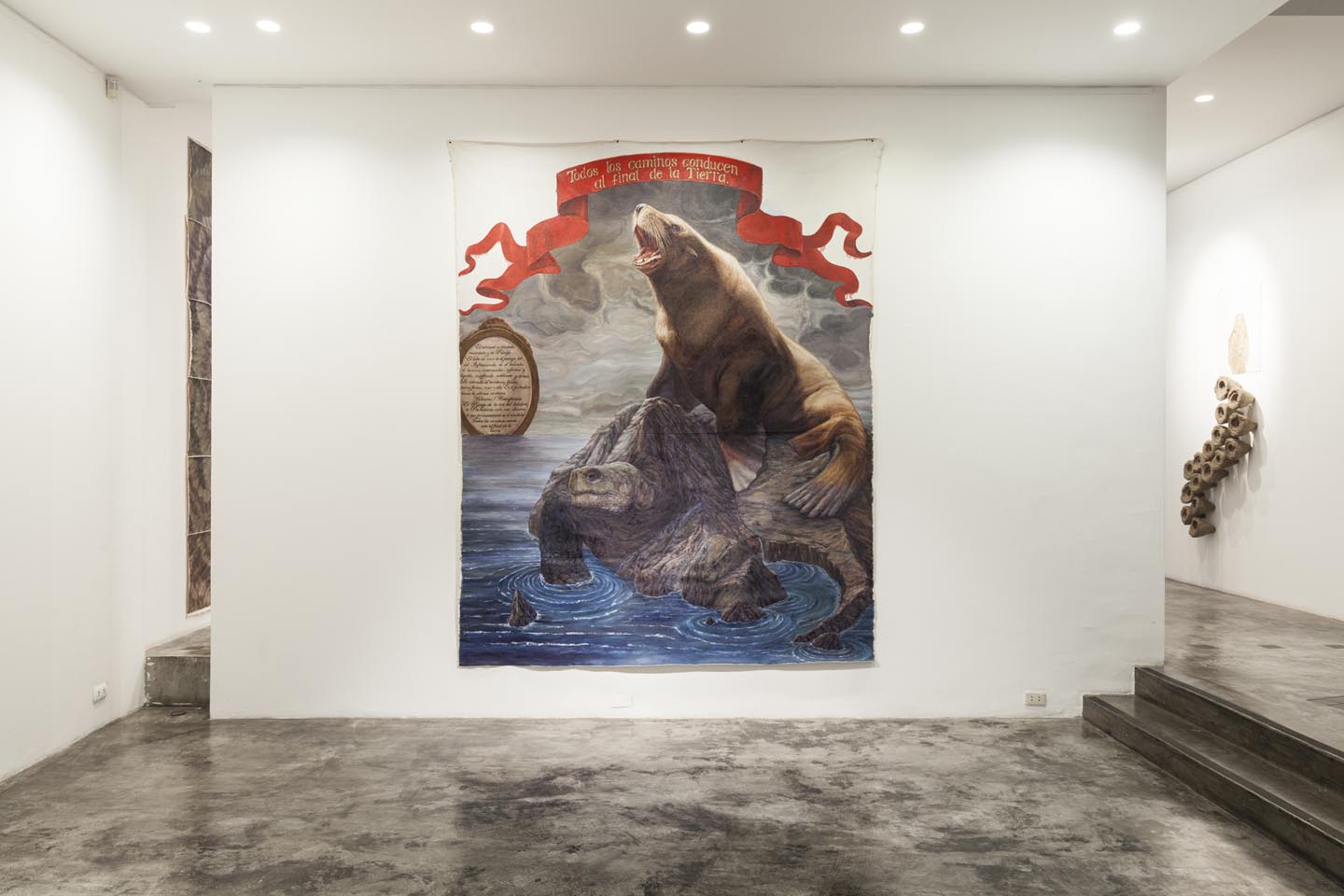 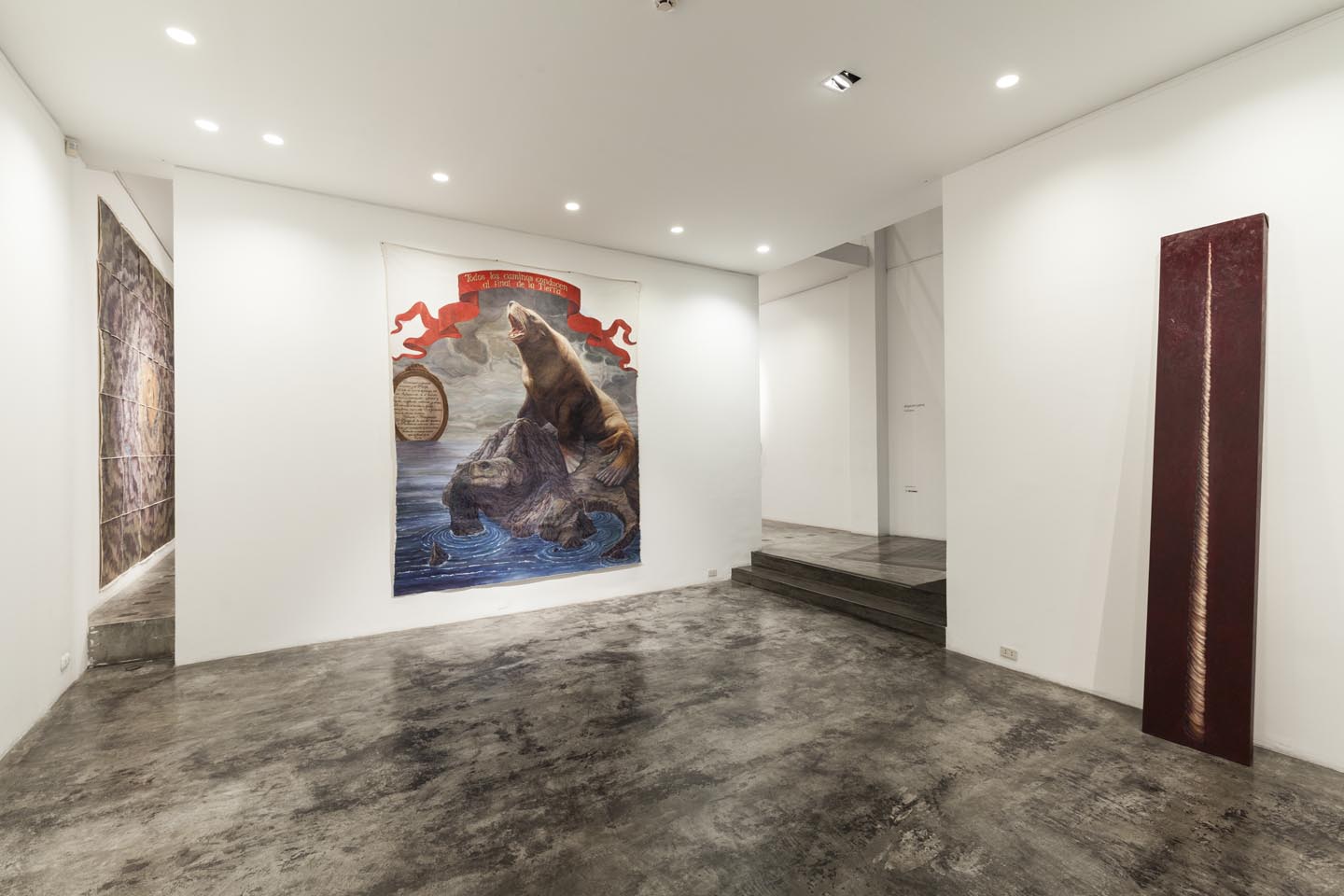 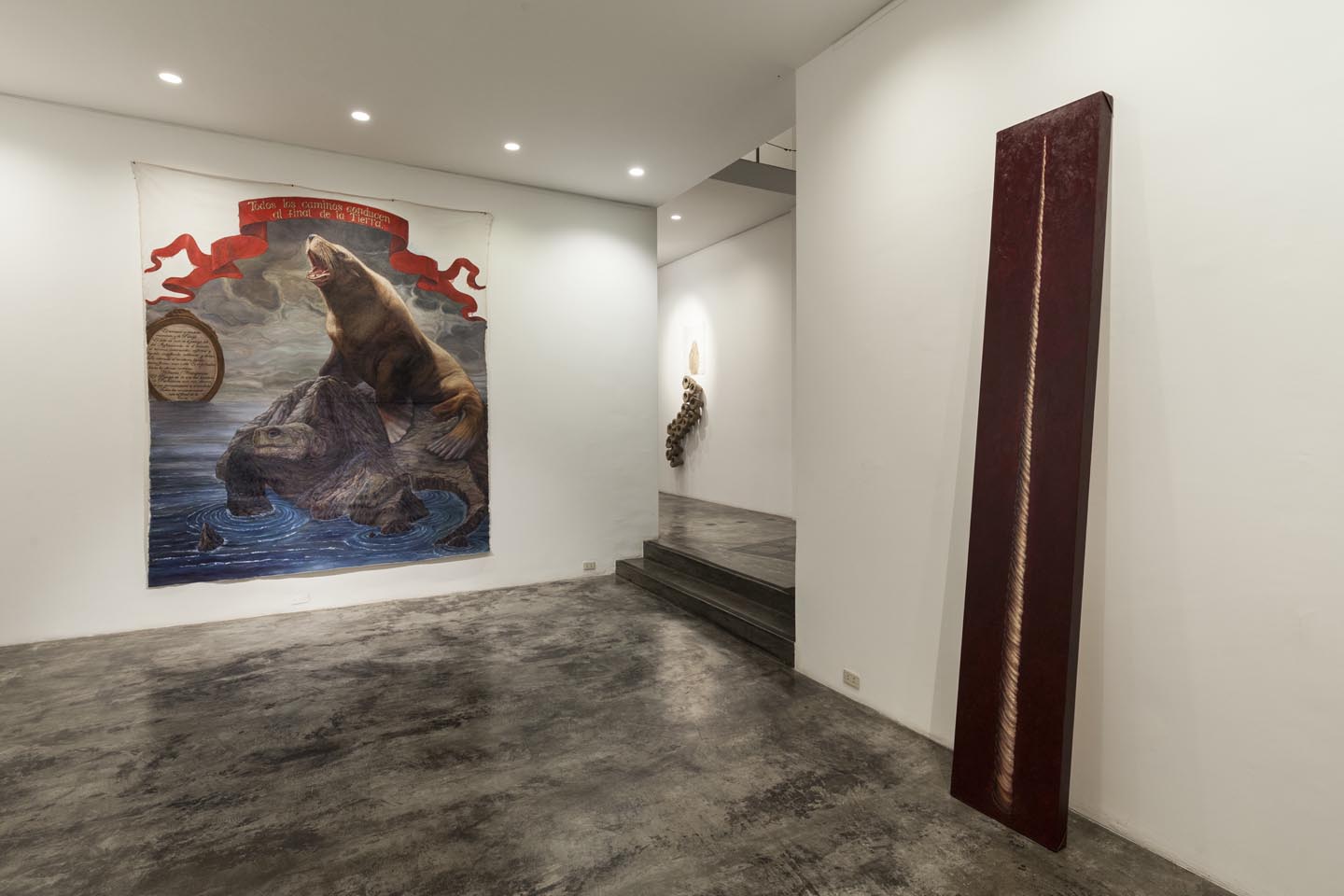 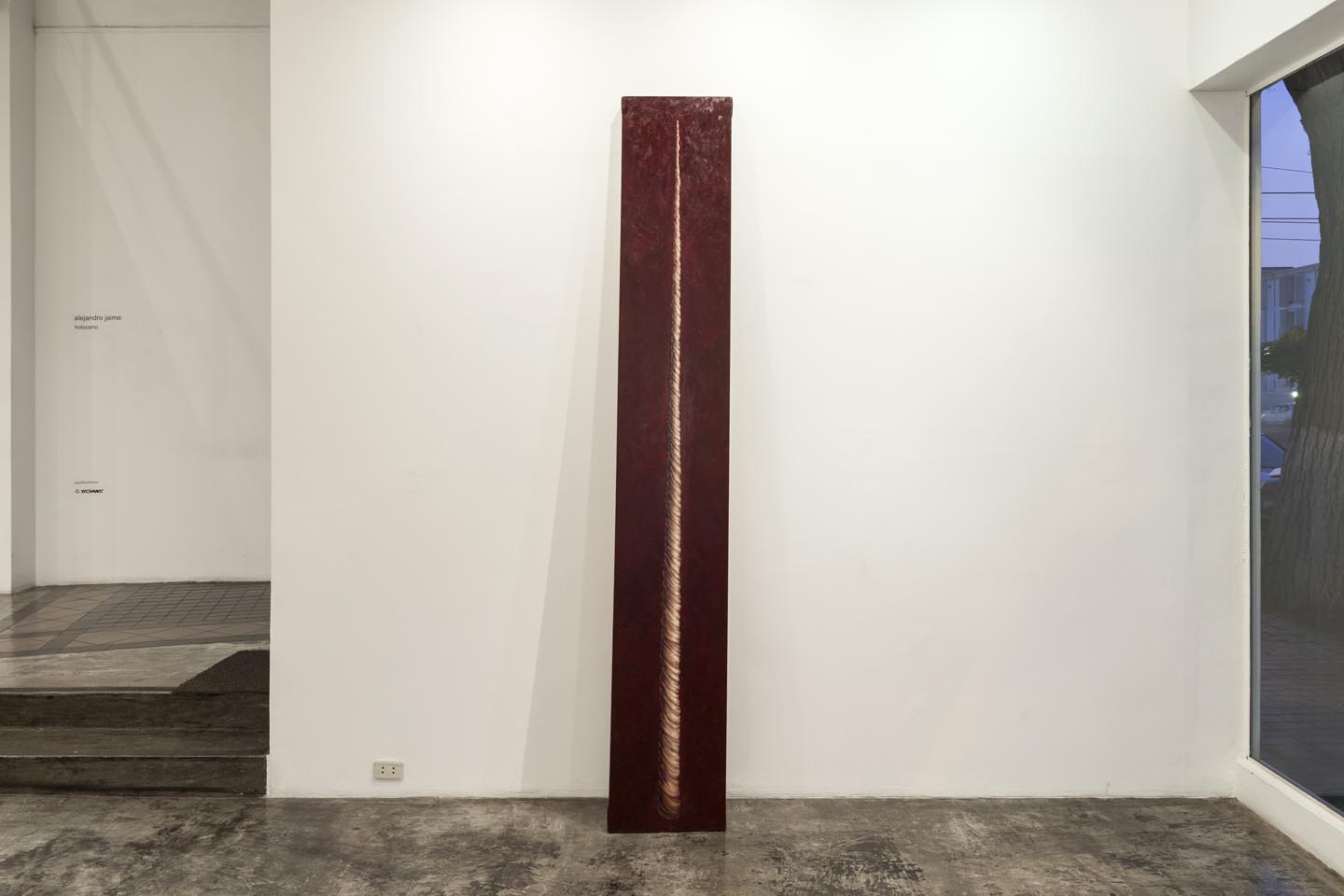 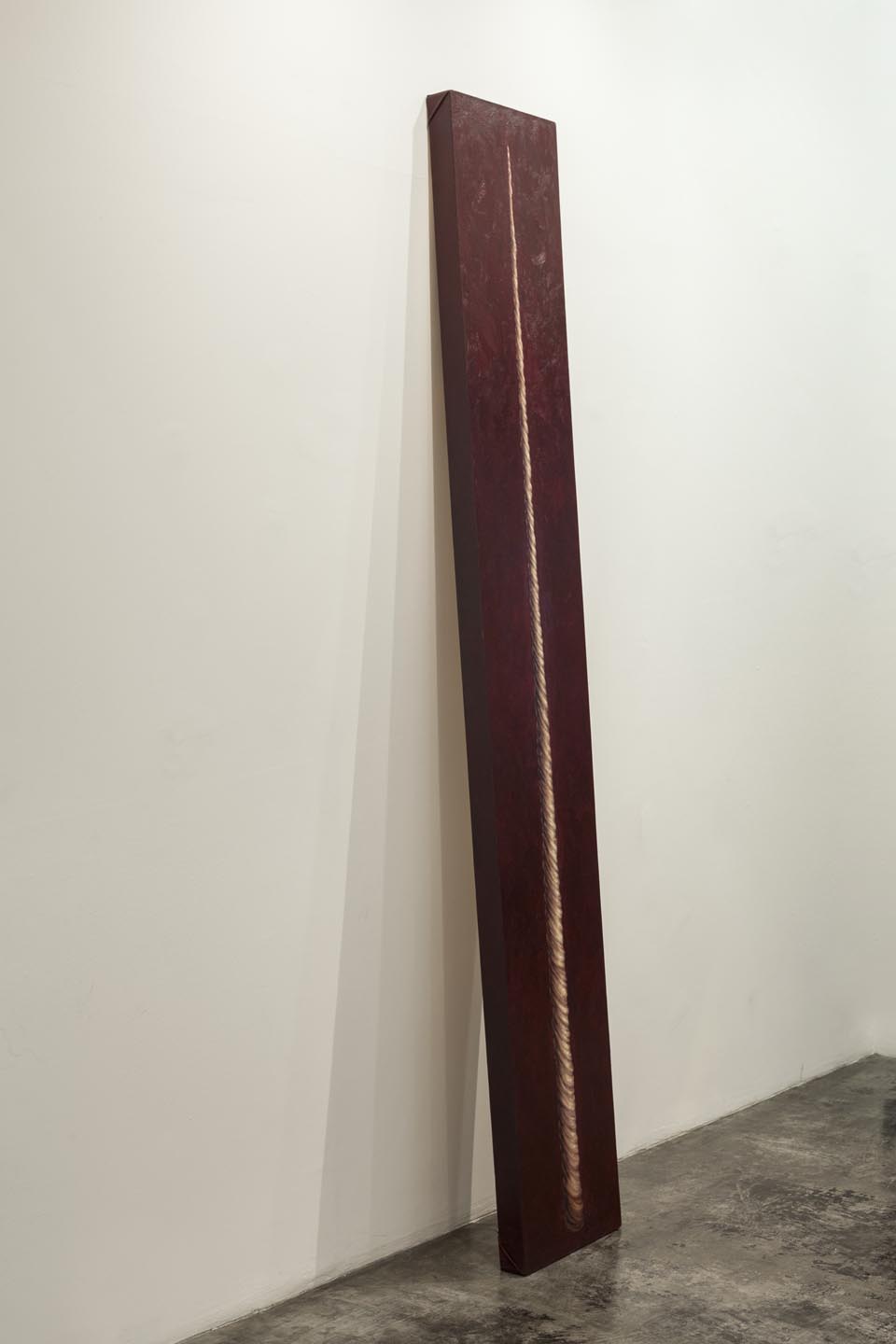 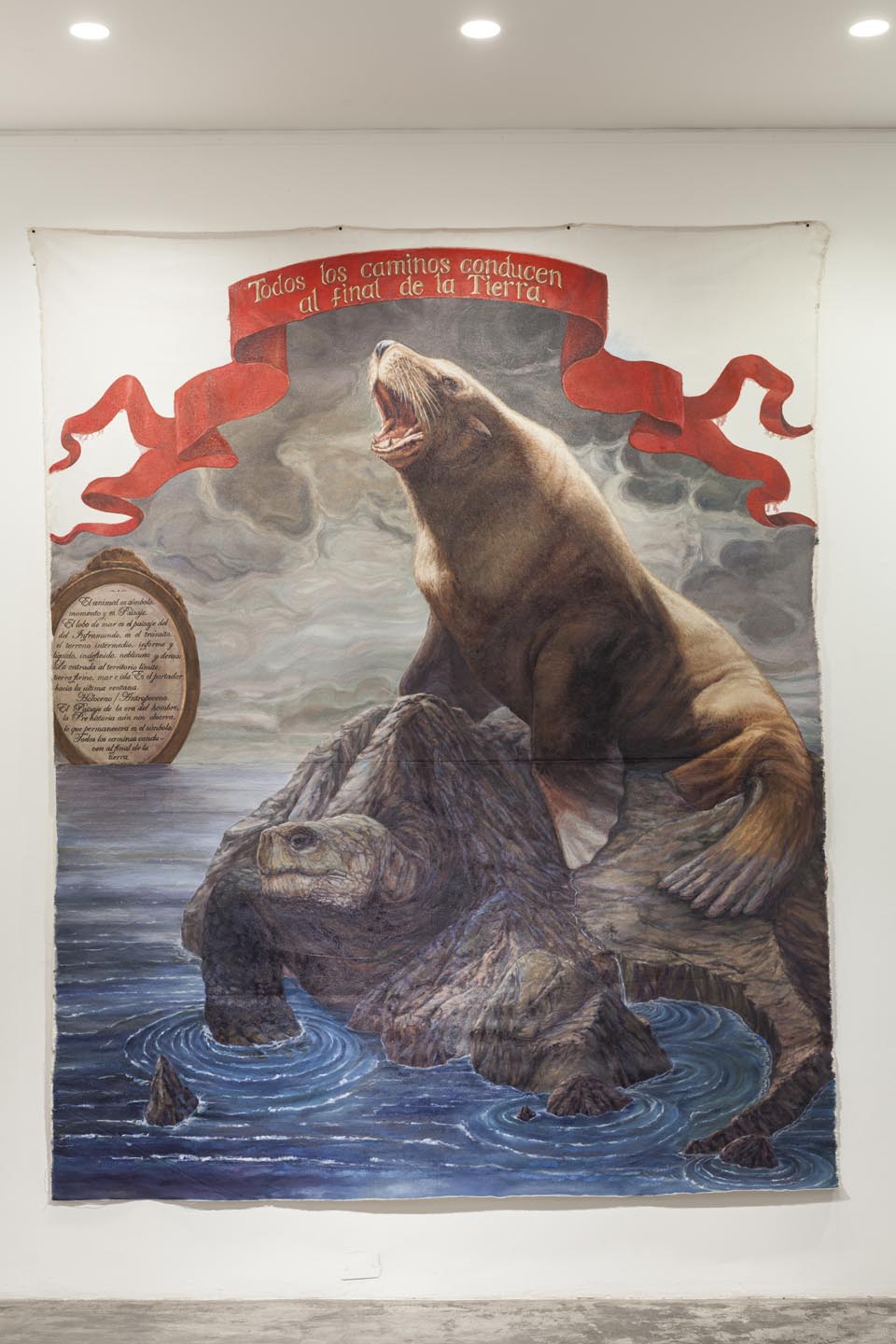 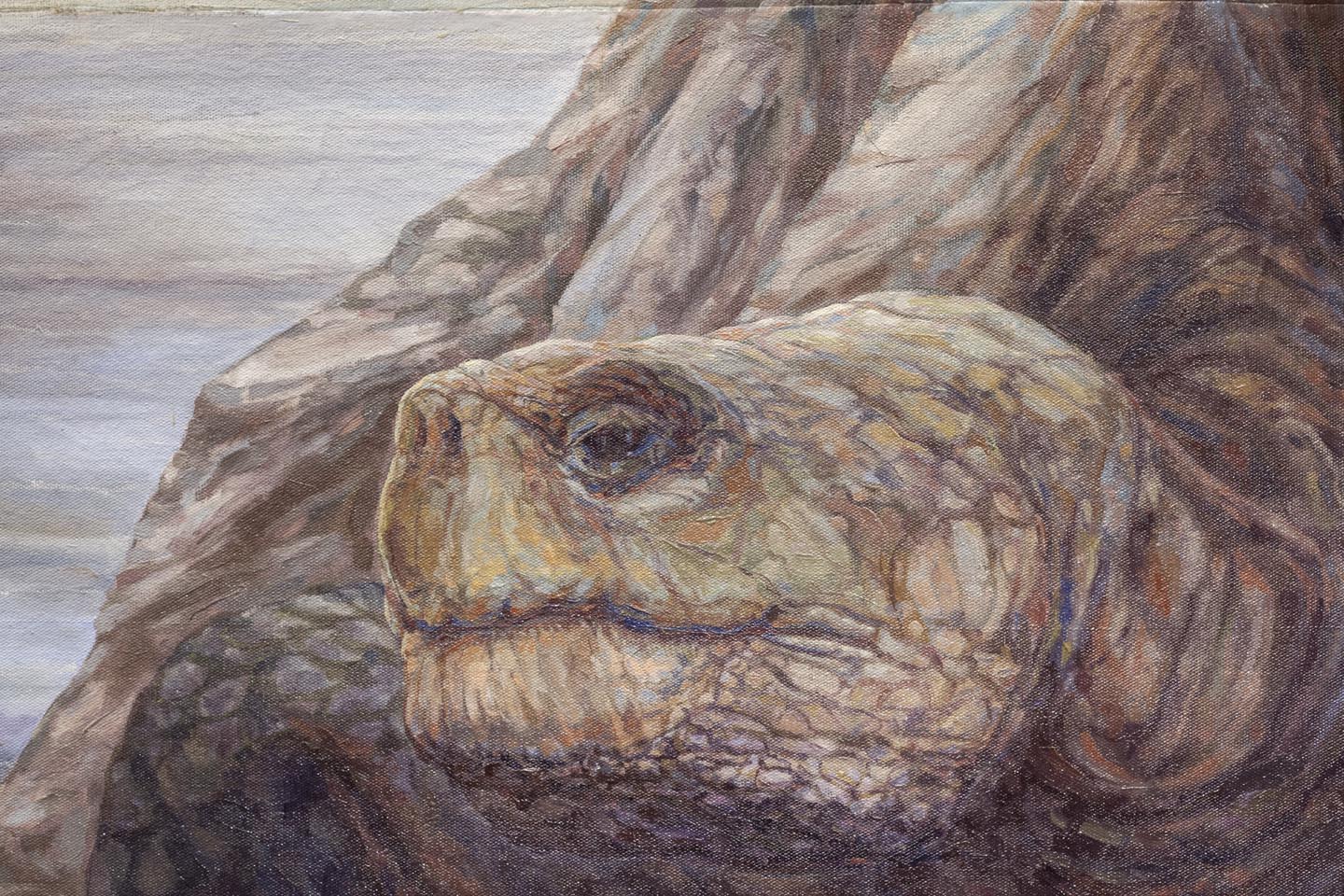 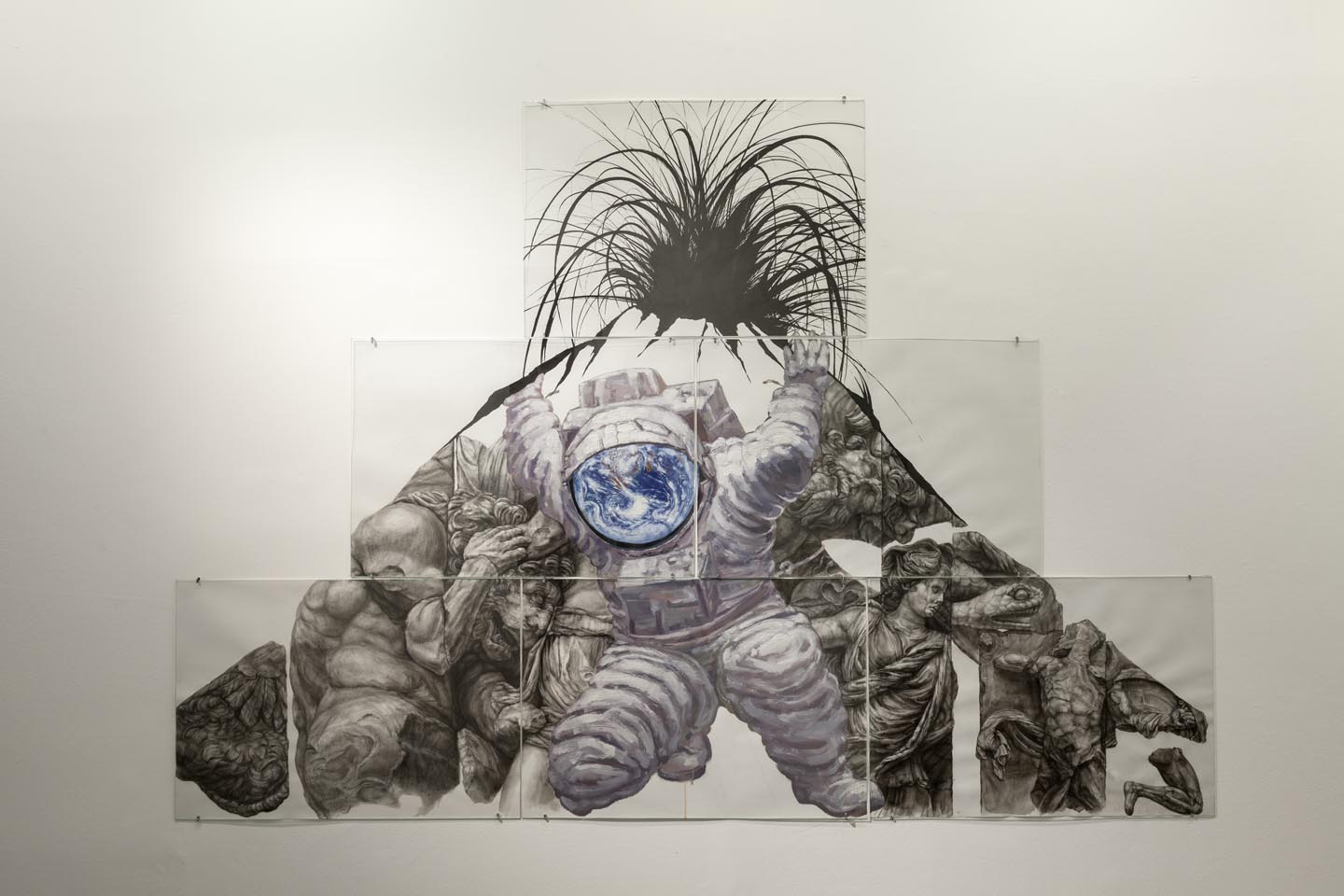 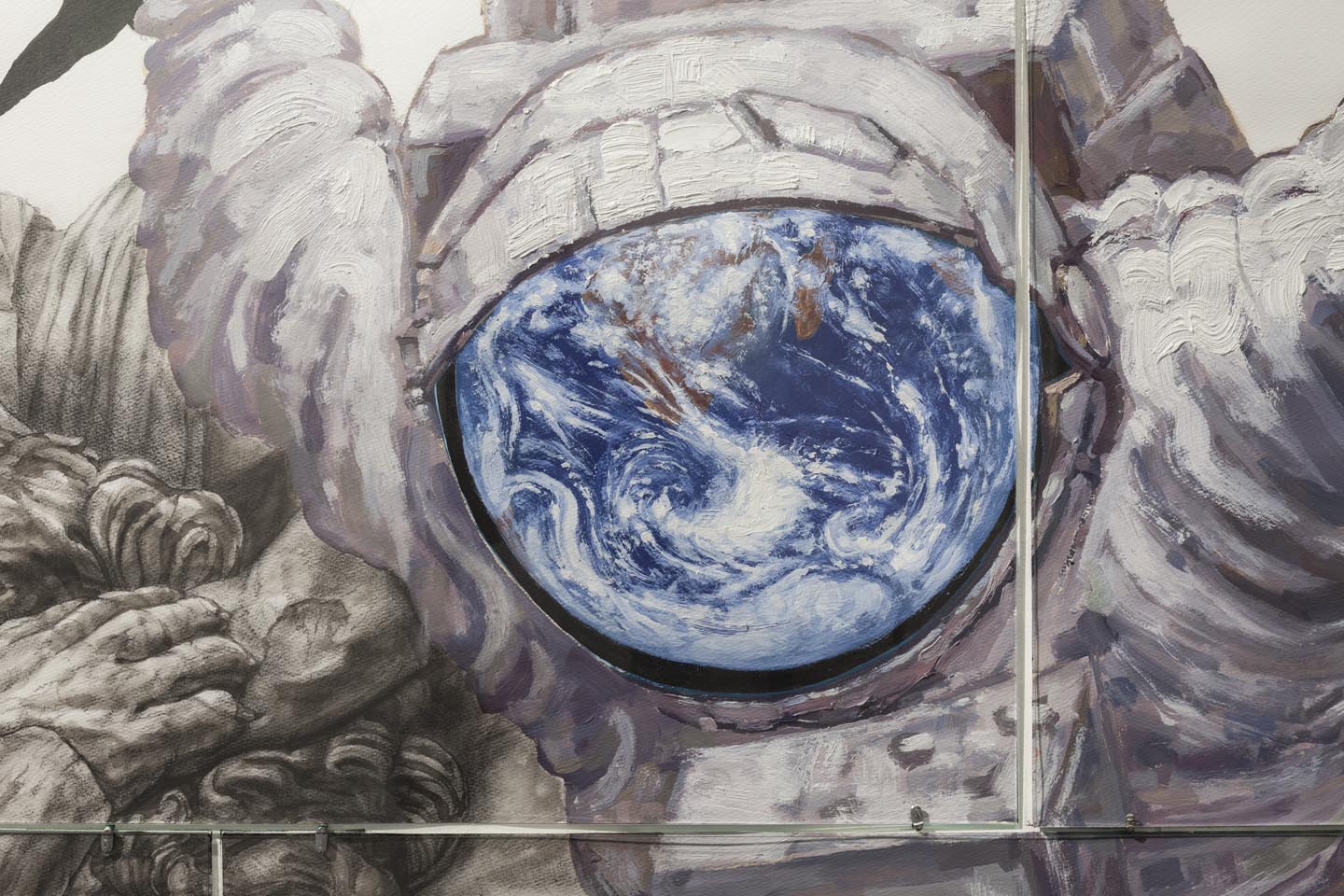 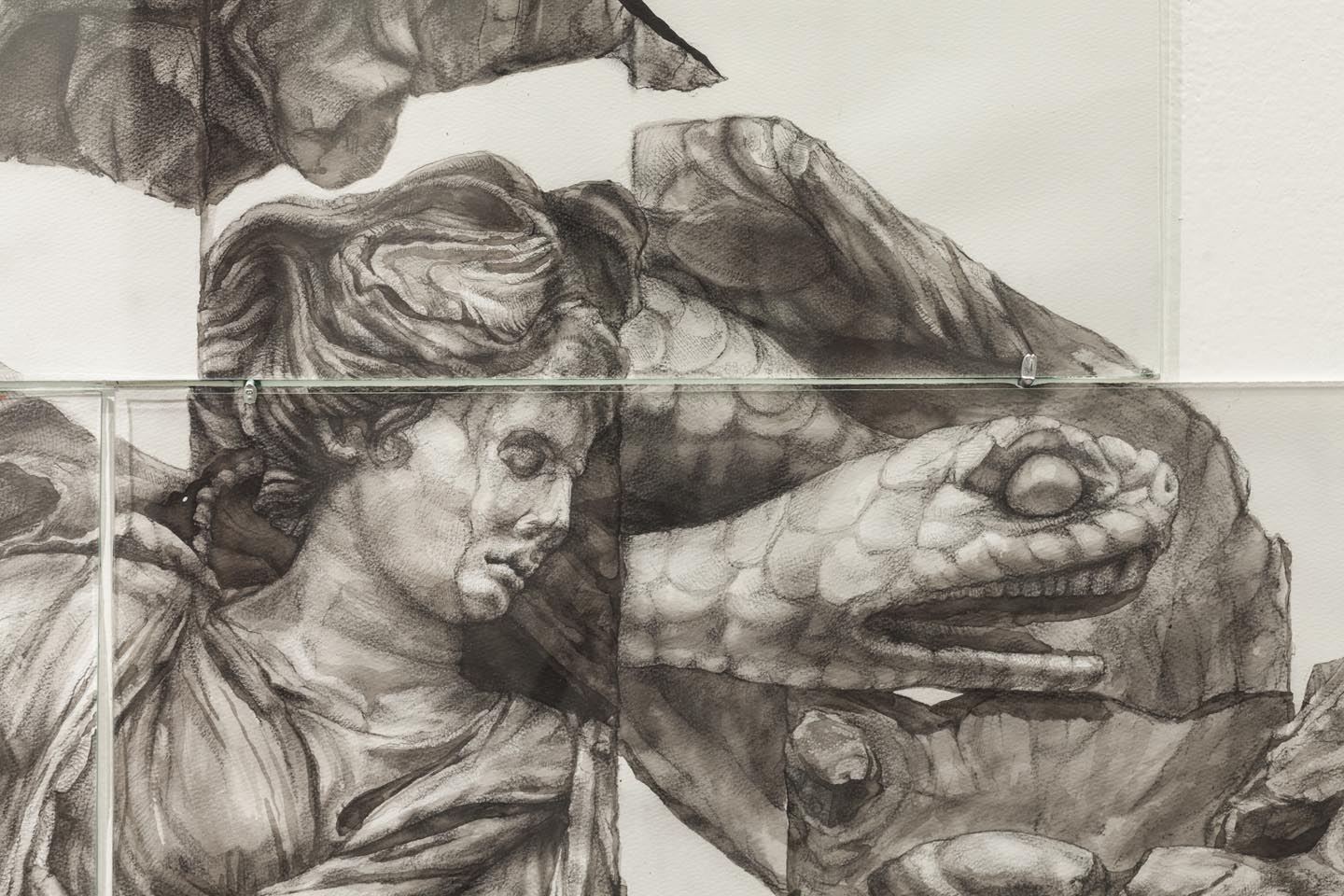 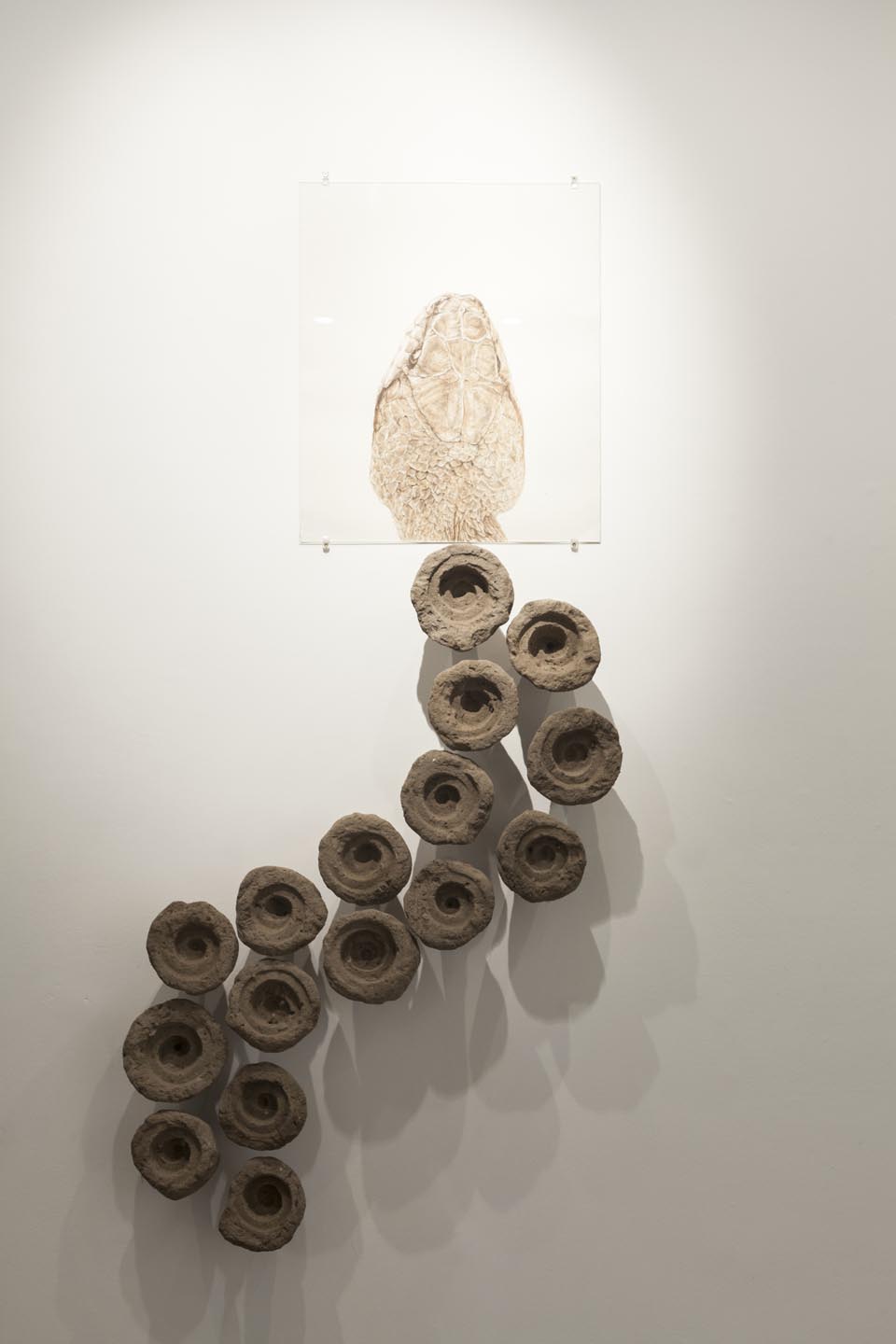 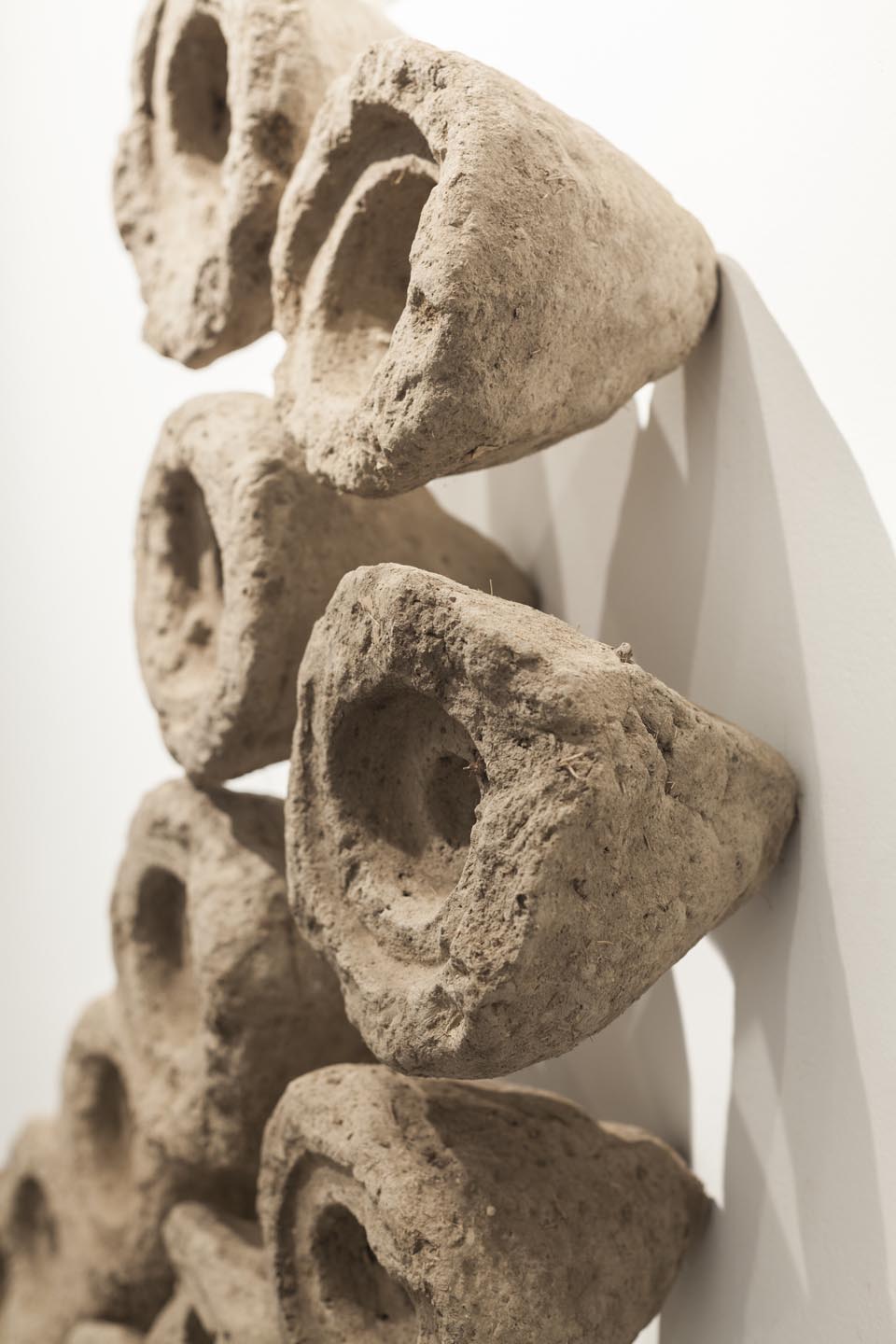 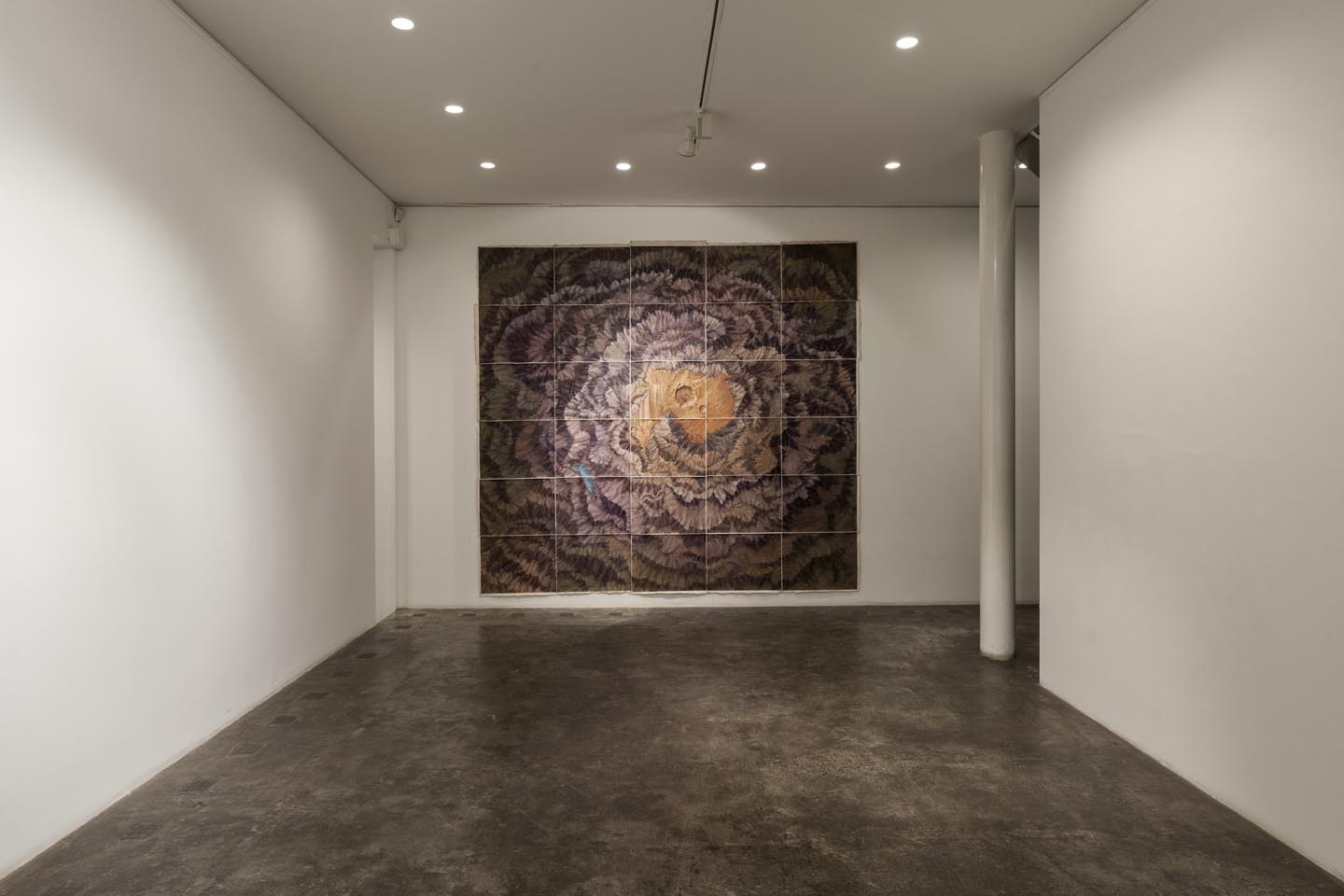 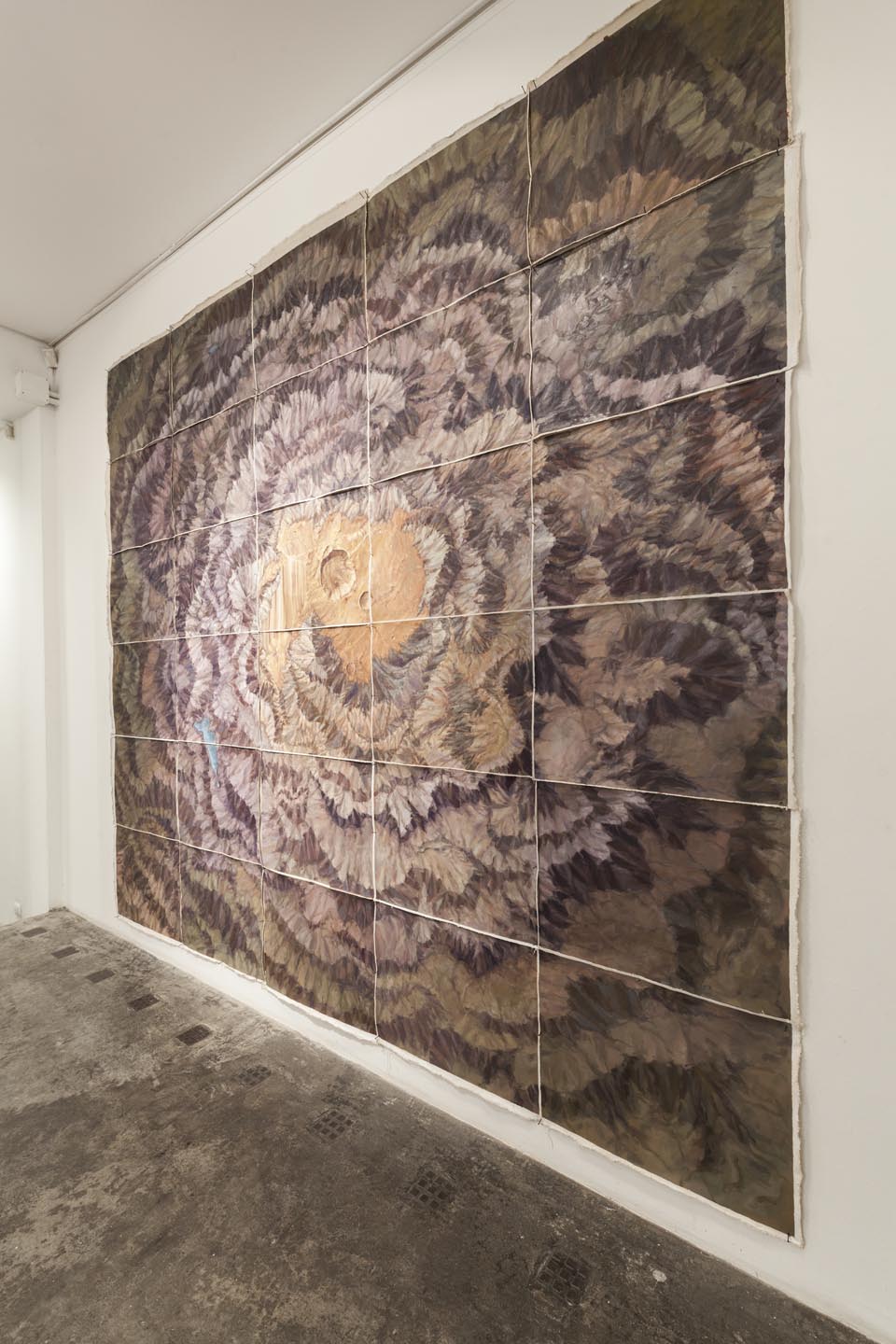 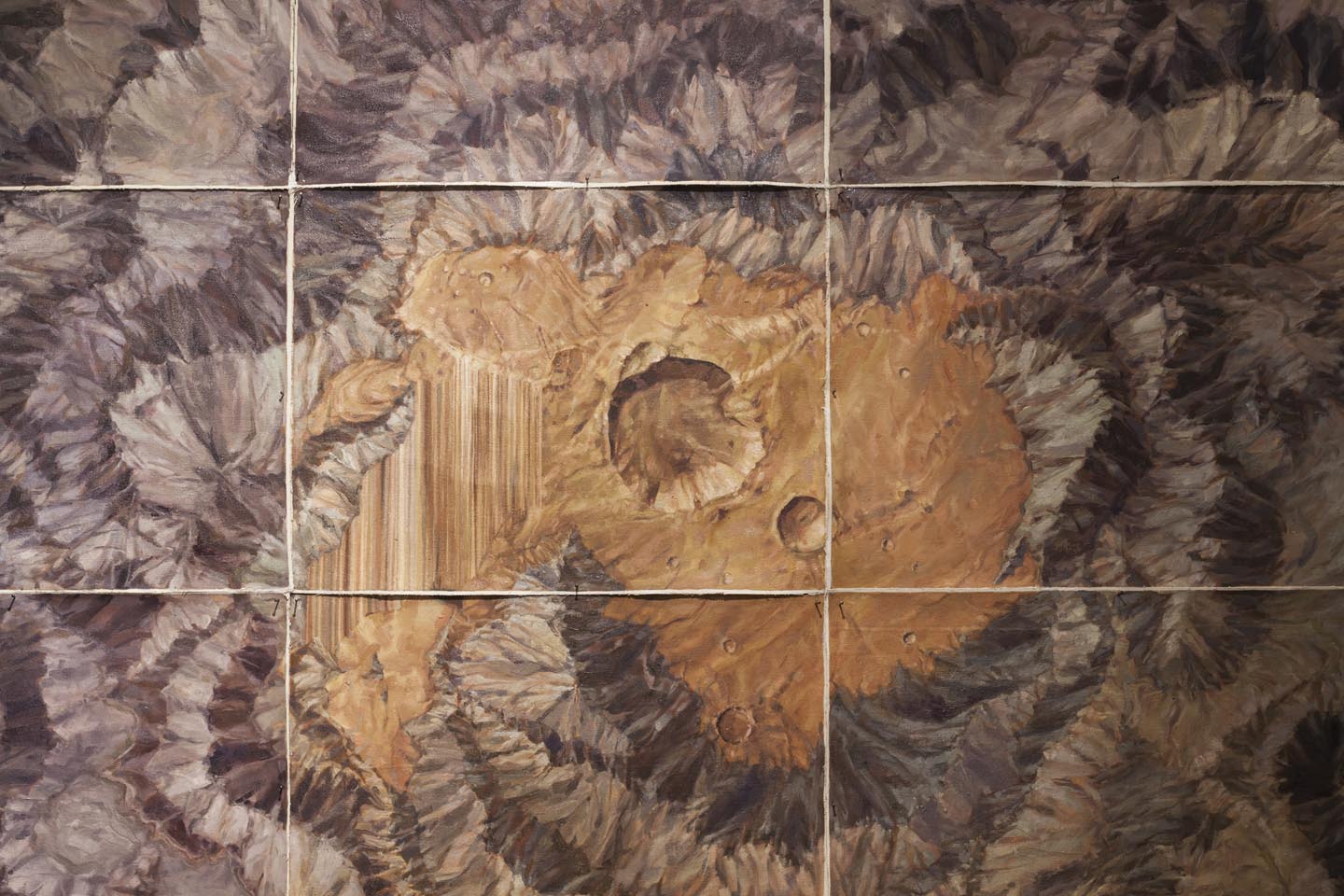 The animal is symbol, moment and Landscape.

The Sea wolf is the landscape of the underworld, it is the transit,

The entrance to the boundary territory: mainland, sea and island.

It is the bearer towards the last window.

The Landscape of the era of man, the unique landscape.

Prehistory is still watching us.

Wu Gallery presents the latest work by artist Alejandro Jaime. It is a poetic proposal about the end of the world, which seeks to make us aware of the geological era in which we have lived for 12,000 years and that is coming or has come to an end.

The Holocene is described by scientists as the geological era caused by the disappearance of glaciers in the northern hemisphere, providing a stable climate and the formation of an environment suitable for the survival of humanity. The whole history of our civilization is framed in this period. Human activity has brought about radical changes in the planet’s environment, which is why it is argued that we are already living in a new era called the Anthropocene term not yet officialized, pointed by Nobel Prize winner chemistry in 1995, Paul J. Crutzen (Holland, 1933) to try to define this new period which is probably initiated since the industrial revolution.

The sample includes a set of images related to the human being through animals and large-scale landscapes, born from the artist’s intimate thoughts about diverse territories in relation to their current context of global transformation, related at the same time to production and the value of the image as a representation.

From a personal perspective, the territory at the end of an era needed a set of images to be able to size their meanings. Appealing to a kind of aesthetic of transformation, taking elements and historical references, as connections to refer and evocative territories of memory, Jaime observes both in his memories and his present and in an attempt to locate himself in the history of Humanity, Holocene is presented as a poetic of our era, as we know it.

Alejandro Jaime 1978 / Lima, Perú. He has a degree in Fine Arts as painter from the Pontificia Universidad Católica del Perú. He also has been studied Photography, Landscape, Public Space and Ephemeral Architecture. He has developed an interdisciplinary artistic work directed to peripheral spaces that refer and evoke the limits of the territory and the different ways to do landscape . In 2016,  he participated in the residency program for artists: Yatoo International Residence in Korea developing the project: “Entropías”. He has also been awarded scholarships in recent years to participate in artistic residencies in Argentina, Ecuador, Germany, USA, Mexico, and Canada where he exhibited his work. Among the countries where he has participated in collective exhibitions are: Germany, Korea, Colombia, Argentina, Chile, Mexico, and others.